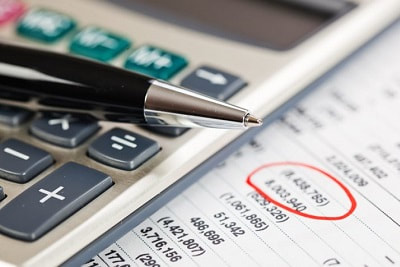 US expats are required to file US taxes, just like Americans living stateside. This is because America taxes based on citizenship, rather than on residence the way most countries do.

Thankfully, the IRS has made several exemptions available that reduce or for most expats eliminate their US tax liability. The most common and effective of these are the Foreign Tax Credit, and the Foreign Earned Income Exclusion. These exemptions must be actively claimed though when expats file their annual tax return.

As part of these extra reporting requirements, expats with interests in Passive Foreign Investment Companies (PFICs) are required to file form 8621 when they file their annual federal tax return.

A Passive Foreign Investment Company is a foreign company whose income is at least 75% passive income (e.g. dividends, royalties, rents), or if at least 50% of its assets produce passive income.

“PFIC income requires annual reporting on Form 8621, if the total amounts held are over $25,000, and does not apply to pension accounts.” – Forbes

Examples of PFICs include many foreign mutual funds, hedge funds, insurance products and non-U.S. pension plans. The US taxes PFICs at higher rates than US registered equivalents, so expats should think carefully before investing in PFICs. Expats who do though may have to report them on form 8621.

There are typically two circumstances when expats are required to report PFICs. Thes first is if the expat’s total investments in PFICs exceeds $25,000 (per person) at any time during the year, while the second is if they recognize a gain or receive certain direct or indirect distributions from a PFIC during the year.

What information is requested on form 8621?

Form 8621 is not a simple form to fill out, and we recommend that expats seek assistance from an expat taxes specialist before attempting to file form 8621.

Information requested can include (depending on the circumstances and the reason for filing) the details of the PFICs, details of gains or distributions made, the types of shares held, and the expat’s personal details.

Expats who need to file form 8621 should attach it to their annual federal tax return.

Expats who are behind with their US tax filing because they didn’t know that they were required to file US taxes from abroad should catch up at their earliest opportunity to avoid possible IRS penalties and back taxes.

Since FATCA (the 2010 Foreign Account Tax Compliance Act), the US is receiving expats’ financial and foreign tax information directly from foreign banks and governments, so the IRS knows which expats should be filing a US return.

If the IRS writes to an expat based on this information, they normally aren’t able to claim the exemptions that prevent them paying US taxes, meaning they often face a back taxes bill as well as possible fines.

Thankfully, there’s a way for expats to catch up while avoiding back taxes and fines so long as they do so before the IRS writes to them. The amnesty program is called the IRS Streamlined Procedure, and it requires expats to file their last 3 tax returns, their last 6 FBARs (as appropriate), and self-certify that their previous failure to file wasn’t willful evasion.