Why for Many US Expats FATCA is the Last Straw 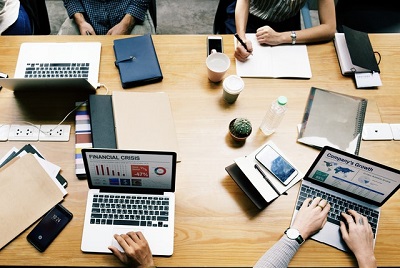 Suddenly, some expats are waking up in a cold sweat. They have always had to file tax returns and disclose foreign accounts on a form called the FBAR, although in practice many didn’t. But now Fatca means they have to be more rigorous or face huge fines, in the knowledge that the US authorities could know a lot more than they have in the past.

Many would say the IRS is only trying to get what it is owed, but critics say that in trying to track down the wealthy tax-dodgers, ordinary people are being dragged into an expensive and time-consuming form-filling nightmare. And for some, it’s become too much. The number of Americans giving up their citizenship has rocketed this year – partly, it’s thought, because of a new tax law that is frustrating many expats.

That’s not a concept that Americans contemplate lightly. But it’s one that many of them seem to be considering – and acting on.

The number of expatriates renouncing their US citizenship surged in the second quarter of 2013, compared with the same period the year before – 1,131 cases to 189 in 2012. It’s still a small proportion of the estimated six million Americans abroad, but it’s a significant rise.

The list is compiled by the Federal Register and while no reasons are given, the big looming factor seems to be tax.

A new law called the Foreign Accounts Tax Compliance Act (Fatca) will, from 1 July next year, require all financial institutions around the world to report directly to the US Internal Revenue Service (IRS) all the assets and incomes of any US citizens with $50,000 (£31,000) on their books. The US could withhold 30% of dividends and interest payments due to the banks that don’t comply.

It’s an attempt by the US authorities to recover an estimated $100bn a year in unpaid taxes on US citizens’ assets overseas. Unlike other countries, Americans are taxed not only as residents of the US but also as citizens, wherever they live.

Suddenly, some expats are waking up in a cold sweat. They have always had to file tax returns and disclose foreign accounts on a form called the FBAR, although in practice many didn’t. But now Fatca means they have to be more rigorous or face huge fines, in the knowledge that the US authorities could know a lot more than they have in the past.

Many would say the IRS is only trying to get what it is owed, but critics say that in trying to track down the wealthy tax-dodgers, ordinary people are being dragged into an expensive and time-consuming form-filling nightmare. And for some, it’s become too much.

“This has nothing to do with avoiding taxes. I was never in danger of having to pay taxes in the US since I pay more here. The issue for me was that it was becoming harder and harder to follow the tax code and comply. It was difficult already but when I knew Fatca was coming, I thought, ‘Do I want to go through with it anymore?'”

She felt threatened even if she did everything to fulfil her responsibilities, she says. A simple loyalty card at the local grocery store caused her anxiety when she realised it was linked to a bank account she never knew she had.

It became so complicated to do her tax return that she turned to professionals, at an annual cost of nearly $2,000 (£1,250), with the prospect of Fatca raising the price to $5,000. Also, fewer tax lawyers were taking on American clients, she says, and some banks were even turning away American money.

“In the end, I sleep better now knowing that I no longer have to worry about the US requirements. I will never be able to live or own property in the US but I can visit and that’s enough for me.”

Bridget, who runs an editing and translation company, says her strong emotional bond with the US has been frayed.

“I’ve enjoyed being an American even though I haven’t lived there since I was young. I identified with America so I felt angry that I had to get to this point where it wasn’t viable to keep my citizenship anymore.

“When you’re an American living in America, it’s one thing but when you live abroad in another country, in certain ways that feeling becomes even stronger because you realise that things that you think are individual characteristics are actually national ones so you identify even more strongly with your nationality.

“I used to always introduce myself as American but not now, although I will always be American in my heart even though I won’t carry the passport. I will still celebrate Thanksgiving and 4 July.”

She says the tax issue is the biggest topic of conversation among the expat Americans she knows. And tax lawyers in the US who deal with people living abroad say it has become a huge issue.

I’m thinking about it’

“I’m all for people paying their taxes, but it’s very expensive to follow the letter of the law,” says David Kuenzi, founder of Thun Financial Advisors, which specialises in helping Americans abroad with tax issues.

Fatca has only created a little additional reporting for individuals, says Kuenzi, but it has generated a fear that the IRS will have full knowledge of people’s assets. So reporting suddenly has to be assiduous, accurate and complete for every passport-holding American.

“You have very wealthy people hiding their assets and not paying their taxes and that’s an outrage. Something should be done about it, but this reaction has created a terrible imposition on every American living abroad and it’s way over the top,” he says.

Foreign banks do not seem happy about it either, and Senator Rand Paul, a libertarian Republican, has introduced a bill seeking to remove aspects of the law related to data-sharing.

But the US Treasury is standing firmly behind the new law. In a statement on its website, Robert Stack, deputy assistant secretary for international tax affairs, rebuts certain “myths”.

“Individuals that have used offshore accounts to evade tax obligations may rightly fear that Fatca will identify their illicit activities. Yet a decision to renounce US citizenship would not relieve these individuals of prior US tax obligations.”

Those who have joined the ex-American club, or are thinking about it, say this is not about tax evasion.

Victoria Ferauge, 47, is married to a Frenchman and has lived abroad for nearly 20 years, primarily in France. If her adopted country finally agrees to Fatca then she wonders what the implications will be.

“Are my bank accounts going to be closed? Is my husband going to be forced to take my name off the accounts?”

Ferauge is unemployed and recovering from breast cancer so she doesn’t have any income. She has paid nearly $1,000 to accountants this year but will have to get more expensive help next year.

With strong ties to the Pacific Northwest, and two parents to visit there, the Seattle-born 47-year-old would rather not renounce her citizenship.

“I don’t know any Americans abroad who aren’t thinking about giving it up but what I say to myself is that I will fight as long and as hard as I can.

“And it’s only when I’ve exhausted all options that I will make that appointment with the US embassy.”

But others said no matter what the tax hardship, they would never switch nationalities. Being an American, said one, was more important.