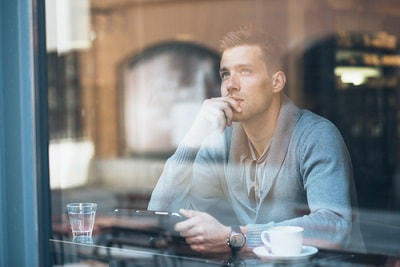 The IRS introduced a re-vamped Streamlined Procedure in 2014 to let the millions of Americans living abroad who weren’t currently up to date with their US tax filing catch up without facing fines.

All US expats are required to file a federal tax return each year declaring their worldwide income, regardless of where in the world they live, and some may have to pay some US tax on it.

They also have to report their foreign assets and bank accounts, subject to minimum value and balance thresholds.

Millions of American expats aren’t aware of their US filing obligations though, and so face being contacted by the IRS, who can access foreign bank and tax information, and being caught out unawares.

The Streamlined Procedure however allows them to become compliant without facing any fines if they weren’t previously aware of their US filing obligations.

To qualify for the Streamlined Procedure (full title the Streamlined Foreign Offshore Procedures), firstly you have to have been outside the US for 330 days in at least one of the last three tax years.

The second criteria is that you have to be currently non-compliant, having failed to file one or more tax returns that you should have (and/or failed to report eligible foreign assets or accounts).

“The ability to prove something that simply did not exist is difficult, at best.” – Forbes

Thirdly, your past failure to comply with US expat tax filing requirements has to have been non-willful, and this is the point we’ll be looking at more closely today.

If you qualify, you simply have to file your last three years’ federal tax returns, along with your last six years’ FBARs, self-certify that your past failure to comply was non-willful, and pay any tax that may be due (which for many people is nil if you can claim one or more exemptions).

Let’s take a closer look at what non-willful means.

The IRS checks every Streamlined Procedure non-willfulness self-certification, and the penalties for lying are harsh, so how exactly does the IRS interpret non-willful?

The difficulty for declarers would be having to prove the absence of something – willfulness – if the IRS asked them to. One way would be to demonstrate how you did first find out about your unfulfilled obligations and that shortly afterwards you took steps to fulfill them. Difficulties arise if the IRS sees anything strange in your past banking history, such as evidence of acting secretively, quick and otherwise unexplained movement of assets or cash between countries or accounts, or not providing full information disclosure to banks where you have accounts before you requested the amnesty program, are all going to look suspicious. Likewise with accounts being suddenly opened or closed. So when you find out about your unfulfilled requirement to file, don’t panic, seek expert advice, and be honest to banks and governments, and everything will be fine.

The vast majority of expats who are currently non-compliant are honest and sensible, and when they hear that they should have been filing US tax returns but haven’t, they take steps to become compliant. The Streamlined Procedure is a great option for these people, allowing them to catch up without facing any penalties. It’s worth noting that if you have received a letter from a foreign bank inquiring about your US tax status, the clock is ticking, as the bank will report your details to the IRS directly. In this situation, it’s best to seek advice and take steps towards compliance at once, as if the IRS investigates you before you have taken such steps, the Streamlined Procedure, along with other US tax exemption programs for expats such as the Foreign Earned Income Exclusion won’t be available.