When Should Expats File IRS Form 2350? 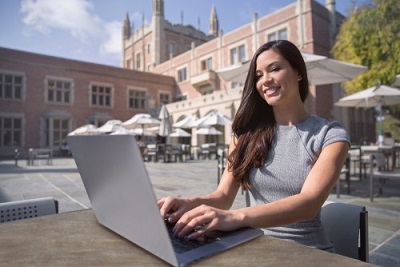 US law requires all American citizens and Green Card holders to file US taxes and report their worldwide income, including those living abroad.

This leaves many Americans living abroad at risk of double taxation (having to pay both US and foreign income tax in the country where they live) on the same income.

The US has signed over 60 international tax treaties, however they don’t prevent expats from having to file US taxes. Instead, to avoid double taxation, when expats file they can claim one of two IRS provisions by filing an additional form.

The Foreign Tax Credit, which can be claimed on IRS Form 1116, allows expats to claim US tax credits up to the same value as the foreign taxes that they’ve already paid on their income. As many countries’ income tax rates are higher than US rates, claiming the Foreign Earned Income Exclusion can eliminate their US tax bill.

Who is the Foreign Earned Income Exclusion for?

“U.S. citizens file Form 2350 to ask for an extension of time to file their tax return if they expect to file Form 2555 and need more time to meet either the bona fide residence test or the physical presence test.” – the IRS

To claim the Foreign Earned Income Exclusion, expats have to prove that their Tax Home is abroad in addition to meeting the criteria of one of two tests: either they were a permanent resident in another country during the tax year (the Bona Fide residence Test), or they spent at least 330 days outside the US in a 365 day period that coincides with the tax year (the Physical Presence Test).

Some expats who moved abroad midway through a year will want to claim the Foreign Earned Income Exclusion for the 365 day period after they moved abroad. This may mean that they are unable to file their US tax return until after the normal tax filing deadline. Filing IRS Form 2350 allows them to do this.

Form 2350 must be filed before the normal filing deadline, and the requested extension is discretionary, which is to say that the IRS can approve or deny the request.

If granted, the extended filing date is normally up to 30 days after the date you expect to be able to meet the requirements to claim the Foreign Earned Income Exclusion.

Note that any taxes that are due must still be paid by April 15th (at least an estimated amount), otherwise interest will be due.

If an extension is granted but due to unforeseen circumstances you can’t ultimately claim the Foreign Earned Income Exclusion, you should file as soon as possible.

Form 2350 is a one page form. It requests the filer’s name, social security number, and foreign address.

Other information requested includes the date that an extension is required until, the dates that the filer moved abroad and expects to return to the US, and the qualifying dates for claiming the Foreign Earned Income Exclusion.

Filing US taxes from abroad is more complex than filing in the US. Whether it’s more beneficial to claim the Foreign Tax Credit or Foreign Earned Income Exclusion, how to qualify, where income is sourced, whether income is considered earned or unearned, where income should be taxed first, claiming other credits or exclusions, currency conversions, whether a state tax return is also due, and whether to report foreign accounts and assets are all considerations that inform US tax filing from abroad.

Expats almost always benefit from specialist advice, and especially expats who are behind with their US tax filing and who may qualify for an IRS amnesty program for expats.