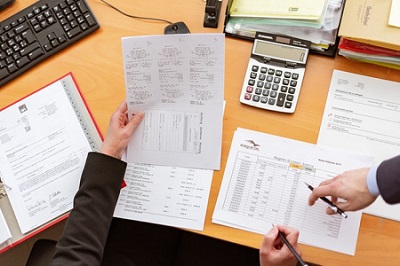 Many expats aren’t aware though what exactly these additional reporting requirements involve, and in particular the difference between FBAR and FATCA reporting, or Form 114 vs 8938.

In this article we’ll attempt to alleviate the fog of confusion.

FBAR is an acronym for Foreign Bank Account Report. FBAR filing was introduced in 1970 to help the government police offshore tax evasion. The rule is that any American with offshore accounts with balances that together total over $10,000 at any time of the year have to report their offshore accounts by filing an FBAR.

The 1970 law, and the original threshold, remain in place today.

Filing an FBAR means filing Form 114 to FinCEN (rather than to the IRS) online each year. Because FBARs are filed to FinCEN, penalties for not filing and for incomplete or incorrect filing are much higher, starting at $10,000 for accidental violations.

Qualifying accounts include all foreign registered bank and investment accounts an American might have signatory authority or control over, as well as joint accounts and trust and business accounts.

The requirement to file FBARs had one large flaw for many years though – it was unenforceable. For this reason, it was ignored by many American expats.

In 2010 though, a law called FATCA (another acronym, this time for the Foreign Account Tax Compliance Act) was created. FATCA requires foreign banks and investment firms to report their US accounts holders’ balances directly to the IRS or otherwise face a tax when trading in US markets. The vast majority of foreign financial firms are now complying.

This allows the IRS to compare information provided on FBARs against that provided by banks, or see that an FBAR should have been filed but wasn’t.

Furthermore, FATCA requires Americans who have foreign financial assets exceeding certain thresholds (which start at $200,000 for expats) to report them on IRS Form 8938 when they file their federal tax return.

Many expats meet both the FBAR foreign account balance and FATCA foreign financial asset thresholds, and so have to file both FinCEN Form 114 and IRS Form 8938. Other expats just have to file an FBAR, and others don’t have to file either.

The key is knowing which foreign accounts and assets qualify towards the threshold. Most expats seek help from a US expat tax specialist with their FBAR and FATCA filing to ensure that they get it right and so avoid penalties.

It’s also worth noting that in both cases, certain domestic (US) corporations, partnerships and trusts must also report their foreign registered accounts and assets.

So while there is some overlap between 114 and 8938 reporting in the sense that financial assets are often in financial accounts, they are separate requirements with different thresholds and filing one doesn’t preclude filing the other.

Expats who are behind with their US tax filing, including FATCA and FBAR reporting, because they weren’t aware that expats had to file can catch up under an IRS program called the Streamlined Procedure, so long as they do so voluntarily before the IRS writes to them about it.