Form 8865 for Expats with a Foreign Partnership 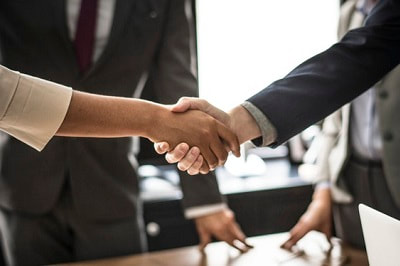 The US requires expats to file US taxes from abroad, reporting their worldwide income. To avoid double taxation (expats paying taxes on the same income to both the US and in the country where they live), the IRS offers a number of exemptions that expats can claim when they file, including the Foreign Tax Credit and the Foreign Earned Income Exclusion. Note that Tax Treaties don’t prevent double taxation – expats have to file and claim one or more of the available exemptions. Expats are also required to report their worldwide financial and business assets.

One of these reporting requirements for expats is to report certain interests they may have in foreign partnerships by filing form 8865 with their annual federal tax return.

What exactly is a Foreign Partnership?

A partnership is a relationship between multiple persons who join to carry on a trade, business, financial operation or venture which doesn’t otherwise fall into the category of corporation, trust, estate, or sole proprietorship. Each person in a partnership contributes money, labor, skill or property, and each person expects to share in the profits. A foreign partnership is any partnership organized outside the US or that doesn’t fall under the jurisdiction of US law.

There are four scenarios when American expats involved with or transacting with a foreign partnership are required to file form 8865:

– if an expat has control of a partnership, meaning that they own over 50% of one.

– if an expat owns at least 10% of a foreign partnership that is 50% owned by US persons that each own over 10% each, at any time during a year.

– if an expat acquires or disposes of a minimum 10% share of a foreign partnership at any time during the year.

What about expats who are involved with a foreign corporation or who own other foreign assets?

Similar reporting requirements exist for expats who control or own an interest in a foreign registered corporation, however these requirements are fulfilled using other forms rather than form 8865.

Expats who have foreign financial assets meanwhile also have to report them, by filing an FBAR and/or form 8938, depending on the nature and value of the assets.

We strongly recommend that expats who have any doubts about their US filing obligations seek advice from an expat taxes specialist, to ensure compliance and to avoid any future headaches.

Amnesty opportunity for expats who need to catch up

Expats who weren’t aware of the requirement to file US taxes from abroad can catch up without facing any penalties (or owing any back taxes in most cases, assuming that they claim the most beneficial exemptions based on their circumstances) by utilizing an IRS amnesty program called the Streamlined Procedure.

To catch up using the Streamlined Procedure, expats are required to file their last three tax returns, their last six FBARs (as required), and self-certify that their previous failure to file was non-willful.