US Self Employment and Social Security Taxes for Expats Guide 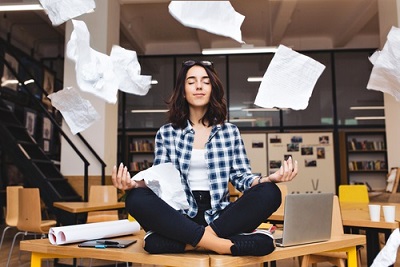 All Americans are required to file US taxes reporting their worldwide income, even if they live abroad.

The IRS has provided a number of exemptions, notably the Foreign Earned Income Exclusion and the Foreign Tax Credit, that US expats can claim when they file that for most people mean they won’t end up paying any US income tax. Which exemption it’s best to claim depends on each expat’s circumstances, however it’s important to be aware that these exemptions don’t also cover social security taxes.

Self-Employment and Social Security Taxes for US Expats

Self-employed Americans are required to pay US social security taxes on all their worldwide net self-employment income over $400.

“If you are living abroad and you are a self-employed U.S. citizen or resident you generally are subject to the self-employment tax.” – the IRS

So a self-employed expat freelancer or Digital Nomad with an annual profit of $100,000 after business deductions for example could exclude all of their income from US income tax by claiming the Foreign Earned Income Exclusion when they file their federal return, but they would still be liable to pay $15,300 of US social security tax (potentially as well as social security taxes and income tax in their country of residence).

Expats who are registered as sole proprietors, or who have a US LLC but haven’t elected to have it taxed as a separate entity, are still liable to pay US social security taxes.

While any US income tax that self-employed expats may owe is due by April 15th (although expats have an automatic extension until June 15th to file their return), estimated social security taxes must be paid quarterly.

What Qualifies as Self-Employed?

To begin with, a person who is classified as an “employee” under US common law …
does not qualify as self-employed. Detailed definitions of employee status are provided in the Employment Tax Regulations, under sections on FICA Regulations, FUTA Regulations and Federal Income Tax Withholding Regulations. In general, these sections state that an employee is someone who works for an employer. An employer, on the other hand, is a person or company that has the authority over the employee regarding the work he has to do.

The Internal Revenue Service has provided guidelines on what it means to be an employee under common law. The label of “employer” or “employee” are not necessarily definitive. Twenty factors need to be considered to sufficiently define an employer-employee setup, and these serve to determine the amount of authority the employer has over the worker. For instance, an employee is required to follow instructions regarding how, when and where to work. Overall, an employer has complete control over hiring, directing and paying the employee for his services, and is responsible for providing the resources (such as tools and training) for accomplishing the work.

If the IRS guidelines determine that the worker is essentially an independent contractor or freelancer, they will be considered by the IRS as self-employed and be thus liable for self-employment tax.

Whether you are a US citizen living in-country, a permanent resident, or an American citizen living abroad, the same rules apply. Of course, things can be rather confusing when you’re working overseas, since local employment laws may have an effect. If you have any uncertainty about your employment status, it will benefit you to seek expert advice on US taxation.

How Often is Self-Employment Tax Paid?

You’re likely required to pay estimated taxes every quarter if you’re self-employed. Estimated tax may be used as reference for paying your self-employment tax. If you need more information, you can consult the IRS Publication 505, on Tax withholding and Estimated Tax.

The US has treaties called Totalization Agreements with 30 other countries that are intended to prevent expats from paying social security taxes twice (i.e.to the US as well as in the country where they live.

The way these work is that they specify that if an American is living in the other country for a fairly short time before returning to the US, typically between two and five years as specified in each treaty, they will continue paying US social security taxes and not pay them in the foreign country.

If they plan to be abroad longer however, they will pay them just in the country where they live and not to the US. The contributions made to either country under the terms of the treaty count towards both countries’ state pension entitlement.

Some self-employed expats may be able to reduce or eliminate their US social security tax liability by establishing an LLC, as once they are employed by the foreign LLC rather than self-employed they won’t be liable to pay US social security taxes. Whether this will be beneficial depends on each expat’s circumstances and income levels though, as the foreign LLC will raise new filing and possible taxation issues. It can still create an overall savings though.

FBARs and catching up

Another US filing requirement for many self-employed expats is reporting their foreign bank (and investment) accounts, including any business accounts they control even if the account isn’t in their name.Expats who are behind with their US tax filing because they weren’t aware of the requirement to file from abroad can often catch up under an IRS amnesty program called the Streamlined Procedure.