A Guide to Dual Status Tax Returns for Expats 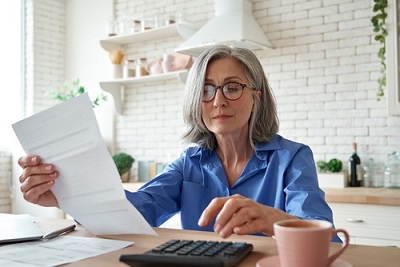 The US is one of only two countries that uses a citizenship-based tax system rather than a territorial one. This means that the IRS taxes all US citizens, including dual citizens and Americans who live in other countries. So even if you already paid taxes in the country where you live abroad, if you are a US citizen, you are responsible for filing a US tax return too. Most other countries use a territorial tax system whereby you are only taxed when you live and work in that country.

Non-Americans who are US residents also have to file US taxes. Those who move to or from the US in a year, or who spend part of the year in the US, will have to file a dual status US tax return after the end of the tax year.

What is a dual status tax return?

Does a dual status tax return relate to dual citizenship?

The IRS refers to dual status aliens, meaning non-Americans who are US residents for part of the year.

The answer is yes, but it’s a little more complicated than that: when you qualify as a US resident and a US nonresident in the same year, you’ll have to report income earned when you were a resident on Form 1040, and US sourced income received when you aren’t a US resident on Form 1040NR. However, in practice you just submit one tax return – either Form 1040 or Form 1040NR depending on your status on December 31 – and include a “statement” for the other part of the return.

How do you know if you’re a US resident?

A non-US citizen is considered a US resident if they meet either the Substantial Presence Test, or the Green Card test.

The Substantial Presence Test is met if you spend 31 days in the US in a year as well as 183 days during the 3-year period that includes the current year and the 2 years immediately before that, counting:

– All the days you were present in the current year, and

– 1/3 of the days you were present in the first year before the current year, and

– 1/6 of the days you were present in the second year before the current year.

Alternatively, you’re considered a US resident for tax purposes if you have a Green Card.

All US citizens, on the other hand, have to file Form 1040 regardless of whether they’re physically present in the US or not during a tax year (although the amount of time that they spend in the US can affect their ability to claim the Foreign Earned Income Exclusion).

If you are resident in the US, or if you reside outside the US but are a US citizen, Green Card holder, or dual status alien, then you may have to report any financial accounts that you have abroad by filing a Foreign Bank Account Report, commonly known as an FBAR.

What If You Have Not Filed US Taxes?

If you fall behind in your US tax preparation filing through no fault of your own, for example by being misinformed, there is an amnesty program known as the Streamlined Procedures. It’s a mouth full, but this certifies that your tax delinquency was not a willful act, allowing you to get caught up on your US taxes without penalties.