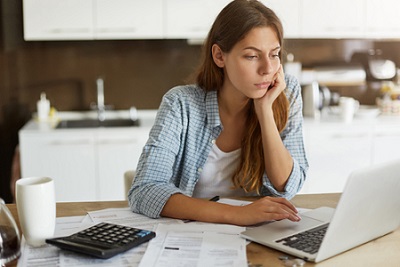 Despite living abroad, American expats are required to file US taxes, reporting their worldwide income.

When expats file, they can claim one (or in some cases multiple) IRS provisions to reduce their US tax bill, such as the Foreign Earned Income Exclusion and the Foreign Tax Credit. They also have to report their foreign business interests.

Expats also often have to report their foreign bank accounts and investments by filing a Foreign Bank Account Report, or FBAR.

Qualifying accounts include any account with a positive balance, such as checking and savings accounts, investment accounts, and many types of pensions.

Accounts don’t necessarily have to be registered in the expat’s name to qualify either – any account qualifies that the expat has signatory authority, control over, or a financial interest in, qualifies (e.g. business, joint and trust accounts).

FBARs should be filed to FinCEN online by October 15th.

Many American expats however aren’t aware of the requirement to file FBARs, and as a result haven’t been filing them and may face penalties.

“The statute of limitations on assessment of an FBAR penalty is six years, and it begins to run on the filing date of the FBAR.” – Forbes

Because FBARs are filed to FinCEN rather than to the IRS, penalties for not filing or for incomplete or incorrect FBAR filing are higher than the equivalent late tax return penalties.

FBAR penalties start at $10,000 for missing a filing or for an inadvertent error, and rise to whichever is higher of either $100,000, or half the value of the foreign accounts, for intentional omissions or errors. Each penalty is applied for each year missed.

Beyond monetary fines, criminal penalties can be incurred to, for concealing foreign accounts or financial dealings for example (just ask Paul Manafort).

As such, it’s important for expats not to neglect their FBAR filing responsibilities.

In 2014, the IRS launched the Delinquent FBAR Submission Procedures to allow Americans with foreign registered financial accounts who hadn’t been filing FBARs because they weren’t aware that they had to to catch up without facing penalties.

To qualify, expats must not have been contacted by the IRS about their late FBARs or be under IRS audit or investigation.

Under the rules of the amnesty program, expats must file their last 6 FBARs (assuming they qualified to file an FBAR in each of the last 6 years) and include a statement explaining why they are filing late.

FBARs filed under the Delinquent Submission Procedures won’t necessarily be subject to audit, but they can be, so it’s important to be honest (as always).

Expats who have missed both FBAR and federal tax return filing because they weren’t aware of the need to file either should use a different program, referred to as the Streamlined Procedure.

The potential penalties and pitfalls of failing to file or incorrectly filing FBARs are substantial, so it’s always beneficial for expats to seek advice from a US expat tax specialist to ensure that they avoid any future issues. A US expat tax specialist will also help expats draft their ‘why filing late’ statement, and ensure they pay the minimum US tax possible when they file their federal returns.