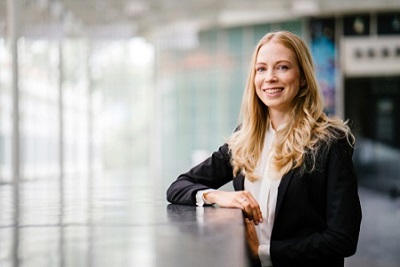 Americans living abroad are required to file US taxes, reporting their worldwide income. America is the only developed country that requires expats to file. Expats often also have to report their foreign bank accounts, investments, and businesses. For many years, the IRS couldn’t enforce these requirements, and many expats chose to ignore them, however over the last few years the US has successfully persuaded foreign banks and governments to share Americans’ bank and tax details, so that they now have global access to information about US expats’ finances.

Some good news: when expats file, they can claim one or more IRS exemptions that mean most expats don’t end up paying any US tax. These exemptions include the Foreign Earned Income Exclusion and the Foreign Tax Credit. Expats always have to file to claim them though, as US tax treaties don’t prevent them having to file or apply any exemptions automatically.

Expats in certain circumstances do owe US tax though, and these folks are required to make estimated tax payments to the IRS.

When do expats have to make estimated tax payments?

Every expat’s situation is unique, but the common situations in which expats end up having to pay US taxes are:

– Expats who pay foreign tax at a lower rate than the US rate, and earn in excess of the Foreign Earned Income Exclusion threshold (around $100,000).

– Expats who are self-employed and pay US social security taxes

– Expats who receive unearned, US source income, such as from rents and investments.

– Expats who spend time working in the US

Expats who might fall into one or more of these categories should consult with an expat tax specialist to check whether they do in fact owe any US tax, and, if it’s likely to be over $1,000, whether they have to calculate and make estimated payments.

How do expats make estimated tax payments to the IRS?

Expats who paid US tax the previous year and whose income is likely to stay the same in the current year can simply divide their previous years’ tax by four and pay an installment on each of these dates.

Expats who expect their income to change should calculate by how much and so their their income tax bill will change, divide the new total by four, and pay the estimated installments.

Self-employed expats will have to estimate their net income for the year, which is their gross income minus their deductible business expenses.

If in doubt, it’s better to overestimate and receive a refund later than to underestimate, to avoid potential underpayment penalties.

Expats can pay their installments online, or by mail.

How can expats file back taxes without paying penalties?

Expats who have been living abroad but haven’t been filing may need to catch up to ensure that they avoid possible IRS penalties. Expats who don’t file and claim any IRS exemptions are considered to owe US taxes on their worldwide income. There is however an IRS amnesty program that lets expats catch up without facing penalties, including claiming exemptions retroactively called the Streamlined Procedure.

Expats with any questions or doubts about their US tax filing should contact an expat tax specialist firm at their earliest convenience.