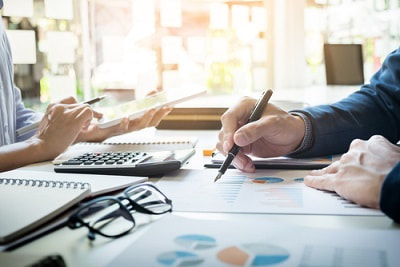 What is a Foreign Disregarded Entity?

The IRS defines a Foreign Disregarded Entity (FDE) as “an entity that is not created or organized in the United States and that is disregarded as an entity separate from its owner for U.S. income tax purposes.”

In layman’s terms, this refers to a foreign-created partnership or sole proprietorship that is owned by a US taxpayer. If you are the owner of a business that is not taxed separately as a corporation by the US, then you may own a foreign disregarded entity.

An FDE and its owner are treated as a single entity for tax purposes. As the US taxes based on citizenship rather than residence, the income from an FDE is treated as its owner’s taxable income.

The good news is that the Foreign Tax Credit can be claimed on an FDE’s income, reducing the US tax liability by a dollar for every dollar already paid on the same income in another country. As such, for FDEs in countries with higher business tax rates than in the US, the extra tax credits can help to reduce the FDE’s owner’s personal income tax liability.

“A Foreign Disregarded Entity (FDE) is an entity that is not created or organized in the United States and that is disregarded as an entity separate from its owner for U.S. income tax purposes.” – The IRS

Information that must be declared on form 8858 includes the FDE’s income statement (reported in the relevant functional foreign currency and in U.S. Dollars), and the FDE’s balance sheet (in U.S. dollars translated from the relevant functional foreign currency in accordance with U.S. GAAP), and any transactions made between the FDE and the tax payer.

– US taxpayers who are the owners of Foreign Disregarded Entities at any time during the individual’s taxable year or the FDE’s annual accounting period,

Those eligible should complete and file form 8858 along with their form 1040 federal income tax return.

If you own an FDE that is no longer active, Form 8858 still has to be attached to your tax return each year.

What are the penalties for not filing or filing incorrectly?

For individuals who fail to file or file an incorrect or incomplete form 8858, the IRS reduces the amount of Foreign Tax Credit that they can claim by 10%. If the information is not filed within 90 days after the IRS has mailed a notice of the failure to the person responsible, an additional 5% reduction is applied for each 30-day period, or fraction thereof, until the form 8858 is correctly filed.

Form 8858 is a complex form to complete. If you are not certain that you can correctly complete form 8858, we strongly recommend that you seek the assistance of a US expat tax specialist firm.

Eligible CFCs and CFPs that fail to file form 8858 completely and correctly are liable for a $10,000 fine. If the information is not filed within 90 days after the IRS has mailed a notice of the failure to the person responsible, an additional $10,000 penalty (per CFC or CFP) is charged for each 30-day period, or fraction thereof, up to a maximum per entity of $50,000.