IRS Announces 2021 Tax Rates and FEIE Threshold for US Expats 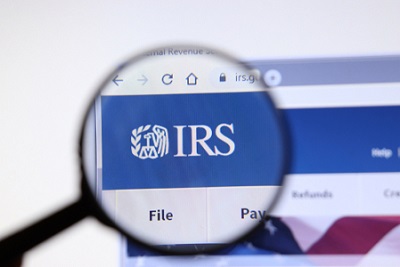 The IRS has announced federal Tax Rates and Brackets, the Standard Deduction amounts, and the Foreign Earned Income Exclusion threshold for US expats for tax year 2021 (so for filing in 2022).

The 2021 figures may still change, however, if the Democrats win the upcoming Presidential Election, as their tax plans include increasing the highest rate of income tax, for example.

For the moment though, the schedule for 2021 is below.

All American citizens and Green Card holders are required to file US taxes, including expats. When they file, by filing the relevant additional forms, they can claim IRS provisions such as the Foreign Tax Credit and the Foreign Earned Income Exclusion that prevent most expats from owing any US tax (and so long as they file).

Nonetheless, some expats, such as higher earners who live in low- or no-tax countries, may still have to pay some US income tax.

Income tax rates in 2021 will be the same as for years 2019 and 2020, while tax brackets have been adjusted for inflation. The following are for individual filers:

The Standard Deduction in 2021

The Foreign Earned Income Exclusion is one of the main provisions that allow expats to reduce or eliminate their US tax bill.

Expats who qualify by either spending over 330 days outside the US in a 365 day period (which is normally, but not necessarily, the tax year) or who can otherwise prove that they reside abroad can exclude their earned (as opposed to passive) income from US taxation, up to a threshold.

The Foreign Earned Income Exclusion can be claimed by filing Form 2555 with Form 1040.

Expats who pay foreign income taxes at a higher rate than the US rate often benefit more by claiming the Foreign Tax Credit than the Foreign Earned Income Exclusion to reduce their US tax bill.

The Foreign Tax Credit, claimed on Form 1116, lets expats claim US tax credits up to the equivalent value of foreign income taxes paid. If the foreign rates are higher, this lets expats eliminate their US tax bill, and often gives excess tax credits that can be carried forward.

Expats who are behind with their US tax filing from abroad should seek advice from an expat tax specialist, as they may be able to catch up without facing penalties under the Streamlined Procedure amnesty program.