What is Citizenship Based Taxation? 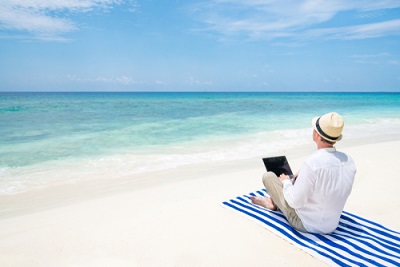 Expats are America’s unofficial envoys, shaping the world’s perception of the United States and of Americans at large. It has been estimated that there are around 10 million Americans living abroad creating new lives and opportunities. Yet despite living a great distance from the US, many expatriates find themselves in the precarious position of having to file taxes twice, both in the country where they reside and in the United States.

The US is one of only two countries in the world that has citizen-based taxation, the other one being the east African nation of Eritrea. In the past Mexico, Romania, Bulgaria, Vietnam, and the  Philippines all had citizenship based taxation, but have since abandoned the practice.

Initiated during the civil war to discourage Americans from leaving the country to avoid drafting into the northern army, expatriates had higher taxes levied against them than their counterparts living on American soil. After moving through several adaptations, fortunately this is no longer the case, with the citizenship based tax system as we know it today implemented in 1913.

Unlike most countries that have residence based taxation, US citizens (as well as permanent residents) are taxed on their worldwide income. This means Americans living abroad must file a federal tax return each year, regardless of where they live in the world and where their income is earned.

What is Residence Based Taxation?

The worldwide norm is that tax obligations are based on a taxpayer’s country of residence and/or where their income is earned. This is the concept of Residence Based Taxation, and it is almost universally relied on by countries other than the US.

Countries that embrace residence based taxation include most of the EU, Canada, Japan, Mexico, the UK, Australia, and  New Zealand.  Many African nations and countries across Asia and South America adhere to similar taxation systems.

What are the Implications for US Expats?

For many years, citizenship based taxation had a very low impact on American expats. Accordingly, very few American expats were filing US tax returns annually. This is because until relatively recently, when the 2010 Foreign Account Tax Compliance Act was introduced, there was no real way for the IRS to know if you had foreign generated income.

FATCA, as it is known, compels foreign financial institutions and investment firms to report their American account holders to the IRS. This includes all account balances and contact details. FATCA is enforced by imposing a withholding on those financial firms that don’t act in accordance when they trade in US financial markets. It has also resulted in US citizens’ accounts having been frozen or closed around the world, with banks that consider FATCA compliance too expensive. This was an unintended consequence of FATCA that has created challenges for American expats across the globe. The IRS is now able to track US expats’ finances and where they live. This means citizenship based taxation became enforceable for the first time since its inception more than one hundred years ago.

As a US expat, one of the main challenges you will face when dealing with US citizenship based taxation is that you will be required to file two tax returns, with the potential of paying taxes twice on the same income, in both the US and in your country of residence.

A tax treaty is an agreement between countries that is intended to resolve issues of double taxation and tax evasion. Unfortunately US treaties don’t normally apply to US expats, as the Savings Clause found in each treaty prevents the practical application of many treaty benefits.

All is not lost however, as the IRS does provide a number of tax reduction provisions that for most people can completely eliminate paying tax to the US federal government. One such provision is the Foreign Tax Credit, which aims to eliminate double taxation by allowing US tax credits for the same amount of foreign taxes the expat has already paid.

The FEIE allows Americans living abroad to exclude the first $108,700 of earned (not passive, such as from investments) income from being taxed by the IRS. If you are an expat who rents a home abroad, you can also claim the Foreign Housing Exclusion to further exclude your income from US taxation as it pertains to your housing costs.

What if I was Unaware of my US Tax Filing Requirements?

If you were one of the millions of Americans who did not fully understand the rules and were caught off guard by your US tax filing requirements, there is one last reprieve in the form of an amnesty program called the Streamlined Foreign Offshore Procedure. This allows you to catch up on multiple years of unfiled taxes without paying penalties.

The program requires you to file the most recent three (3) years of federal tax returns and the most recent six (6) years of FBARs (Report of Foreign Bank and Financial Accounts). The FBAR is another US reporting requirement used to disclose money and assets in foreign bank accounts.

And the good news keeps coming, because you can claim the Foreign Earned Income Exclusion or the Foreign Tax Credit for the previous years missed, so you may not owe any US back taxes.

If you need to catch up, we would urge you to contact a tax expert to find out more about the Streamlined procedure and avoid the IRS getting in touch with you first.