Do Expats Pay US Self-Employment Tax on Foreign Earned Income? 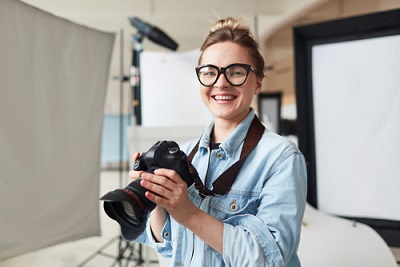 The US tax system is unusual, in that the US taxes based on citizenship rather than residence. This means that all US citizens have to file US taxes on their worldwide income, even if they have to file foreign taxes too.

What is foreign earned income?

Foreign earned income is income received for work carried out or services provided when the American was physically abroad.

It doesn’t matter whether the income is for employment or self-employment, or whether it is paid in the US or abroad, or in what currency.

The US taxes all US citizens (and Green Card Holders) on their worldwide income, so an American citizen’s foreign income is considered taxable by the US.

The US has signed international tax treaties with around 60 other countries, however none of them prevents expats from having to file and pay US tax on their global income.

Instead, expats who pay foreign income tax can claim US foreign tax credits by filing Form 1116 when they file their US federal return to ensure they aren’t double taxed on the same income.

Another IRS provision called the Foreign Earned Income Exclusion allows expats to simply exclude around $110,000 of their earned income from US income tax.

“If you are a U.S. citizen, the rules for filing income, estate, and gift tax returns and paying estimated tax are generally the same whether you are in the United States or abroad.” – the IRS

The Foreign Earned Income Exclusion can’t be applied to the same income as the Foreign Tax Credit, and furthermore it’s not applied automatically, but has to be claimed on Form 2555. Form 2555 requires expats to provide that they live abroad.

The only exception is if the American lives and pays foreign social security taxes in a country with which the US has signed a treaty called a Totalization Agreement. If so, they can claim an exemption from paying social security tax to one or the other country by filing a statement with their tax return, depending on how long they intend to live abroad, with contributions to either social security system counting towards both systems for future social security entitlement.

Americans who work abroad as contractors for a US company will pay the full 15.3% self-employment tax rate, whereas direct employees will pay just 7.1% US social security and Medicare tax. As such, contractors can sometimes benefit from becoming employees of a US company.

Other self-employed Americans living abroad might benefit from establishing a company in a low- or no- corporate tax country, and becoming an employee of the new company.

This can help reduce US social security tax liability, however it depends on each individual’s circumstances as to whether this is beneficial, and such a decision should only be taken in the context of holistic business and tax planning.

Note also that creating a company outside of the US brings additional annual reporting (and sometimes tax) liabilities, and furthermore not paying US social security taxes can affect future entitlement to US social security payments (which can be paid to Americans living abroad).

Catching up if you’re late

Americans living abroad who haven’t been filing because they didn’t know they have to can often catch up without facing penalties under the Streamlined Procedure amnesty program, so long as they do so before the IRS contacts them.