IRS Taxes for US Inpats – Everything You Need to Know 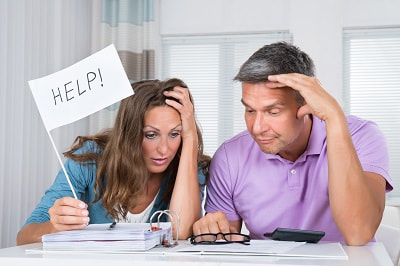 Inpats, or inpatriates, are foreigners who have been transferred to work in the United States. So in a sense, inpats are also (from the perspective of their country of origin) expats.

As individuals working in the States, inpats normally become subject to the US taxation system. This is probably the first time they’ll encounter the IRS, who from their side refer to inpats as Resident Aliens.

Inpats are required to file US taxes if they meet one of two tests that prove that they are indeed resident aliens: the green card test, or the substantial presence test.

The green card test is straightforward: inpats who have a green card are subject to US taxation.

The substantial presence test is less straightforward, and it serves as a good as a good introduction to the IRS’ way of thinking!

The substantial presence test states that you are subject to US taxation if you are physically present in the US for at least:

Except if you are working for a foreign government, or you are a teacher, trainee or student (in all these cases with the correct visa), or a professional athlete in the US to compete in a charitable event.

US tax requirements for inpats

Once inpats have established that they are subject to US taxation, they have the same filing rights and obligations as US citizens.

“U.S. resident aliens are generally taxed in the same way as U.S. citizens. This means that their worldwide income is subject to U.S. tax and must be reported on their U.S. tax return.” – the IRS

This means that they must file an annual federal tax return (form 1040) to the IRS by April 15th following the end of the tax year (a US tax year is the same as the calendar year), reporting all of their worldwide income from all sources.

Inpats can also claim the same deductions as US citizens, and may be able to claim exemptions for their spouse and dependents, if they meet the rules (dependents also have to be resident in the US for example).

Inpats can also claim a number of credits, including the Child Tax Credit, and, importantly for many inpats, the Foreign Tax Credit, which allows them to claim a $1 US income tax credit for every dollar equivalent of tax they’ve paid on the same income in another country. So for example, if an inpat received rental income from their former home in the UK that they’d rented while working in the US, they would pay UK tax on this income, then claim US Foreign Tax Credits to offset their US tax liability.

Interestingly, if inpats pay more tax abroad on foreign sourced income than they would owe the IRS on the same income, they can still apply the excess US tax credits to their other (for example employment) income.

Inpats who have over $10,000 in bank or investment accounts outside the US at any time during the tax year will also have to file an FBAR (Foreign Bank Account Report) to report their foreign financial accounts.

Lastly, inpats may have to file a US state tax return in the state where they live, as well as a federal return.

Tax Treaties are the most significant area of US taxes for inpats that most accountants in the US won’t have any experience of (unless they have plenty of experience preparing US expats’ taxes.

The US has tax treaties with around 70 other countries. Most of these treaties benefit US inpats far more than US expats.

Inpats from a country the US has a tax treaty with may benefit from applying one or more of the provisions within these treaties.

While the provisions in each treaty vary, typically inpats who will be living in the US temporarily (less than 3-5 years for example) may be exempted from paying US income taxes so long as they are paying tax in their country of origin. Note that all inpats still have to file a US federal return though in which to claim the provision of a tax treaty.

A separate set of treaties meanwhile called Totalization Agreements set out rules regarding to which country inpats will pay social security contributions, which again typically depends on how long they will be living and working in the US for.

The US tax system is complex at the best of times, and we strongly recommend that inpats seek out accountants with experience of international tax issues (particulaly tax treaties) and cross-border income sources such as an expat tax specialist to ensure that they file their US taxes in their best interests.