FBAR Reporting for US Expats with a Foreign Business 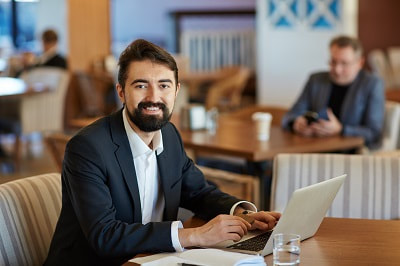 FBARs (Foreign Bank Account Reports) have been a filing requirement for Americans with financial accounts overseas that meet the criteria since the Bank Secrecy Act of 1970. It has only been enforced for the last few years however, since the 2010 Foreign Account tax Compliance Act (FATCA) obliged foreign financial institutions to pass details about their American account holders to the IRS. Currently around 300,000 foreign banks and other financial firms are doing this.

As well as having to file a US federal tax return each year declaring their worldwide income, American citizens and green card holders are required to file an FBAR if they have a total of $10,000 in foreign accounts at any time during the tax year. It’s important to note that this doesn’t mean they have to have $10,000 in any one account, but a combined total of $10,000, which may be spread across multiple accounts.

Qualifying accounts include checking, savings, or investment accounts, or any type of account with a positive cash balance.

An FBAR is actually FinCEN form 114, which should be filed online by October 15th following the end of the tax year.

So far, so straightforward. There are two important further points though that affect many US expats who have a foreign business:

– FBARs must also be filed by corporations with qualifying accounts, not just by individuals

– Qualifying accounts also include any accounts that Americans or American businesses have control or signatory authority over, not just accounts held in their name.

FBAR reporting for US expats with a foreign business

The implications of these last two points require further explanation.

So for example, US expats who own a foreign business (or a 50% or more share in a foreign business) that has a bank account are required to file an FBAR declaring all of their foreign accounts (including the business account) if the combined balances of the business account and any other foreign financial accounts they have control over exceeds $10,000 an any time during a tax year.

“You are required to file a report of foreign bank and financial accounts (or FBAR) if you had an interest in or signature authority over at least one account outside the U.S. and the aggregate value of all of your foreign accounts exceeded $10,000 at any time in the year.” – CNBC

If an expat’s foreign business is subject to US corporation tax filing (i.e. the business profits aren’t reported on the expat’s tax return), and the business account (or accounts) have over $10,000 in them at any time during the year, then the business will also have to file an FBAR to declare all of its financial accounts. So the business account may be reported multiple times, by the corporation, the American business owner, and by any other American company officers who have signatory authority or nominal control over the account.

FBAR penalties for not filing (or for incomplete or incorrect filing) are steep, so it’s important for expats with a foreign business to get to understand and fulfill their FBAR filing responsibilities.

If FBAR filing non-compliance is considered accidental, penalties start at $10,000 per year, whereas if it’s considered willful penalties are either $100,000 or 50% of the balance of the accounts that weren’t declared, whichever is greater, and again per year.

US expats who haven’t been filing US tax returns or FBARs because they weren’t aware of their obligation to can catch up using an IRS amnesty program called the Streamlined Procedure. This requires that they file their last 3 tax returns and last 6 FBARs (as required), pay any back taxes due (often none, as they can back claim a number of exemptions available for expats), and self-certify that their failure to file was non-willful.

FBAR filing for US expats with a foreign business can be complex, so we we recommend than any expats who may be subject to FBAR business reporting contact a US expat tax specialist for some advice.