Top Tax Strategies for Americans Who Would Like to Retire Abroad 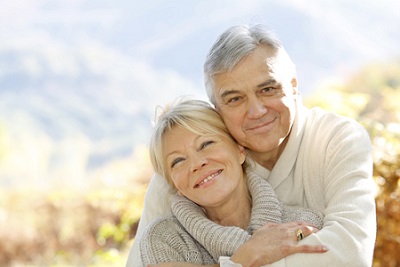 With Winter, thoughts perhaps turn more often to the idea of retirement in a sunnier climate. There are lots of other good reasons for Americans to retire abroad too, such as a better quality of life, more affordable healthcare, and the opportunity to explore another culture.

One important consideration for Americans who would like to retire abroad though is tax planning.

The American tax system is unusual, as it requires expats to file, so Americans who retire abroad often have to file two tax returns, both to the IRS and in the country …

… where they live. Tax liability can often be mitigated, and double taxation avoided though, by careful planning.

Familiarize with US tax rules for expats

All Americans with over $12,000 of income, or just $400 of self-employment income, worldwide, are required to file a US tax return, wherever they happen to live.

Expats have longer to file though, in case they need to file their foreign tax return first. For this reason, expats receive an automatic filing extension until June 15th, and can request an additional extension until October 15th if they require it.

Expats may also have extra filing requirements relating to foreign bank and investment accounts or assets, and to mitigate double taxation, as summarized below.

The ideal time to research a possible retirement destination country’s tax rules is before moving there.

Different countries have different rules, and the details can have a big impact on US retirees’ finances.

“Though there may be US tax benefits associated with your residence abroad, a country that operates on a residency-based tax system may charge a high tax on your income simply because you live there! – CNBC

For example, some countries only tax income sourced in that country, so that expats whose only income comes from the US won’t have to pay local tax on it. Other countries tax residents on their worldwide income, in which case residency rules become important, as it may be worth taking more trips back the states, or renting rather than owning a home abroad, to avoid being a tax resident in that country.

Some countries offer tax credits against US taxes paid, or they may have property or wealth taxes which can impact Americans living there; the important point is to research and compare different countries’ tax systems as part of the decision making process about where to retire abroad.

The US has around 100 tax treaties with other countries, however for most Americans living abroad these tax treaties don’t prevent double taxation.

Retired Americans living abroad who are still working, perhaps part time or as a freelancer or consultant, can claim the Foreign Earned Income Exclusion by filing form 2555 when they file their federal return. This allows them to exclude around $100,000 of earned income from US taxation completely, so long as they can prove that they meet IRS criteria for living abroad. If this earned income is sourced in the US, and the country where they live doesn’t tax it, it won’t be liable to taxation at all.

Some states want to keep taxing expats after they move abroad, if the state believes that they still have strong ties to the state or may return. The rules vary in each state, with the strictest being California, Virginia, South Carolina, and New Mexico, so it’s worth checking on the rules before moving abroad. Some people even move state before moving abroad to reduce their tax liability after they do so.

American expats with foreign bank and investment accounts may have to report them, if the total value of their combined foreign account balances exceeds $10,000 at any time in a year, by filing an FBAR (Foreign Bank Account Report).

Expats with over $200,000 of foreign financial assets meanwhile may have to report them on form 8938 as well.

The most important advice we can provide is to seek advice from the earliest possible stage from a leading expat tax specialist. With the right planning, it’s normally possible to reduce tax liability and so maximize income for Americans who retire abroad.