Second Stimulus Check For Expats Announced – All Your Questions Answered 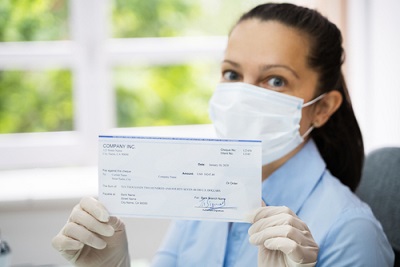 Note – a third stimulus check has now been announced too.

On Sunday 27th December 2020, President Trump signed the COVID-Related Tax Relief Act of 2020 (COVIDTRA) into law. The Act passed through both houses early last week, however the president didn’t sign it sooner as he was unhappy with the amount of the second stimulus check that it contained, alongside other economic relief measures.

After it was signed, there was further debate on increasing the amount of the second stimulus check from $600 to $2,000 per individual, but it was ultimately left at $600.

The new Democrat administration intends to approve a third stimulus check shortly, too.

Expat parents should note that the Act also contains a provision to base 2020 Child Tax Credit amounts on 2019 incomes, so as not to penalize Americans whose incomes were lower in 2020 due to the pandemic

Who qualifies for a second stimulus check?

Similarly to the first stimulus check, all American citizens with a US social security number, including expats, will receive a stimulus check if they also qualify based on two other factors:

“Though the stimulus bill has been signed into law, the push to more than triple the size of direct payments is still underway.” – CNBC

– Their adjusted gross income is less than $87,000 for individual filers, and $174,000 for married filing jointly (and assuming both spouses have a US social security number).

– They are up to date with their US tax filing (read on for detail of how to catch up if you aren’t).

One important change for the second stimulus check compared to the first is that this time Americans married filing jointly with a foreigner who doesn’t have a US social security number will receive a check.

How much is the second stimulus check worth?

At the time of writing and pending a further vote on the final amount, the second stimulus check will be worth $600 per individual filing (so $1,200 for married couples), and $600 per dependent child under the age of seventeen. This means a family of four who all have US social security numbers will receive $2,400 in total.

It is also dependent on income though. Americans whose adjusted gross income is less than $75,000 per individual, or $150,000 for a couple filing jointly, will receive the full amount. For adjusted gross incomes above these thresholds, the amount of the stimulus check is reduced by $5 for every $100 of extra income. The second stimulus check phases out entirely at $87,000 per individual, so $174,000 per couple filing jointly. Note that these phase out thresholds are lower than for the first stimulus check.

Similarly to the first round of stimulus checks, the new checks are advance credits for 2020 tax year, however they are calculated based on 2019 tax returns. This means that expats who claimed the Foreign Earned Income Exclusion for 2019 will have reduced their adjusted gross income and so may qualify for the full stimulus check amounts despite earning more than the nominal thresholds. Furthermore, expats who didn’t claim the Foreign Earned Income Exclusion in 2019 and so didn’t qualify, but do claim it in 2020 and so reduce their AGI enough to qualify will receive both payments as refunds after filing in 2020.

When and how will second stimulus checks be paid?

As soon as the final amount has been confirmed, checks will be paid immediately, with the majority expected to be sent out in the first two weeks of January 2021.

They will be paid the same way as for the first round, so by direct deposit for Americans who provided US bank details either on their 2019 tax return or using one of the IRS online tools that were launched for this purpose in 2020.

All other expats will receive either a prepaid debit card or a paper check by mail.

Will the second stimulus check be taxable?

Similarly to the first, the second stimulus check won’t be considered taxable income.

Catching up with US tax filing to receive a stimulus check

Americans living abroad who haven’t been filing US taxes because they weren’t aware that they were required to can catch up without facing penalties under an IRS amnesty program called the Streamlined Procedure.

Most expats who file under the program can claim IRS provisions that reduce their US tax liability to zero, and, if their income is below the phase-out thresholds, they will also receive both the first and the second stimulus checks as tax refunds in their 2020 tax return.