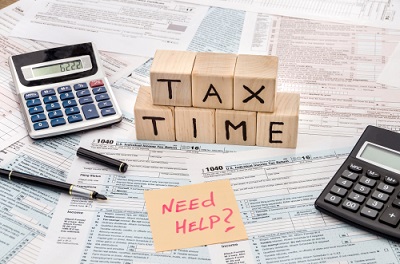 Over nine million US citizens are living abroad, including US military and diplomatic staff. According to US law, all of them who meet minimum IRS income requirements have to file a US tax return every year, reporting their worldwide income.

US citizens living abroad have to file by June 15 rather than April 15, however they have to pay any US tax they may owe by the earlier date (which has been extended to May 17 for filing 2020 taxes in 2021). They can request more time, until October 15 if they need to.

How US citizens living abroad can pay less US tax

US citizens living abroad can file additional forms to pay less – or often no – US tax.

Many expats file Form 2555 to claim the Foreign Earned Income Exclusion, which allows them to exclude up to just over $100,000 of their earned income from US tax.

“If you are a U.S. citizen, the rules for filing income, estate, and gift tax returns and paying estimated tax are generally the same whether you are in the United States or abroad” – the IRS

Alternatively, many expats file Form 1116 to claim the Foreign Tax Credit, which allows them to claim US tax credits up to the same value as foreign taxes they’ve paid abroad.

There are other exclusions and credits available for expats to claim too, depending on their circumstances, meaning most US citizens living abroad won’t have to pay any US tax, so long as they file their US federal return and claim the right exclusions and credits. Always seek advice from an expat tax specialist to ensure you claim the most beneficial exclusions for your situation.

US social security tax rules for US citizens living abroad

Americans living abroad who either work for a US employer or who are self-employed still have to pay US social security taxes.

However, the US has signed Totalization Agreement treaties with around 30 other countries that allow expats in these countries to avoid double social security taxation.

Additional US reporting requirements for US citizens living abroad

The threshold is per person, not per account. FBARs are filed online to FinCEN, the financial crimes agency, which can impose steep penalties and which is receiving the same information directly from foreign financial firms.

Americans who own significant stakes in a foreign business (starting at 10% ownership) also have to report them.

It’s always worth expats seeking advice before establishing a foreign business to understand the US tax implications and to set up in the most tax efficient manner possible.

This is true not only for expats who own a foreign business, but for all Americans citizens living abroad. Filing US taxes from overseas is complex, and specialist advice helps you not just remain compliant but helps you to ensure you minimize your US tax bill.

Americans living abroad who are behind with their US tax filing may qualify for an amnesty program, so don’t delay, seek advice today.