Third Stimulus Check for Expats Approved- All Your Questions Answered 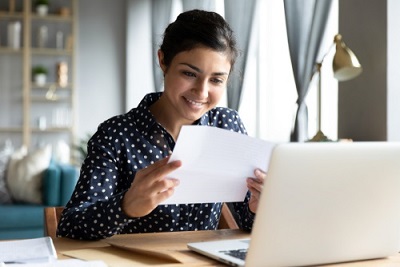 After six months of wrangling, a second stimulus check for Americans affected by the Coronavirus pandemic was announced at the very end of December 2020.

The second check was smaller than the first, being worth just $600 per person, compared to the original $1,200. This was despite President Trump as well as the Democrats supporting a higher amount, however many Republican lawmakers held concerns that the higher amount was unaffordable.

Just under three weeks later however, on January 14, in advance of his inauguration, President Biden announced that his first order of business would be a $1.9 trillion stimulus package including a third, ‘top up’ stimulus check worth $1,400 per person.

On March 6, the stimulus check was passed by the Senate, and it has now been signed into law.

This means that that Americans, including expats, will see a third stimulus payment arrive in the coming days and weeks.

The third stimulus check has the same criteria as the second check.

This means that all Americans (including expats) who have a gross adjusted income of up to $80,000 (per person, so double for married couples filing jointly) with receive:

– additionally, $1,400 for each dependent – including dependents over the age of 17 this time.

The third stimulus check plan includes a new provision to provide for each qualifying adult dependent, too. This will be welcome news to Americans who look after elderly or disabled relatives, and parents of college students.

The amount of the third stimulus check for individuals and couples starts to reduce for those with adjusted gross incomes of over $75,000 though, phasing out completely at incomes of $80,000 per individual (or $160,000 for married couples filing jointly).

Americans married filing separately from a foreign spouse will also receive a check this time.

When calculating the amount of the third stimulus check, the IRS looks at income figures on 2019 tax returns (or 2018, if 2019 isn’t available). However, as the final amount will be calculated based on 2020 tax returns, Americans whose income was lower in 2020 than 2019 may end up receiving extra money after they file their 2020 return, in the form of a refund.

Expats should also note that claiming the Foreign Earned Income Exclusion reduces their adjusted gross income, so those who file Form 2555 may qualify to receive a stimulus check even if their total income is higher than the nominal thresholds.

When will expats receive a third stimulus check?

The stimulus package cleared the Senate on March 6 2021 and was signed into law on March 12.

Distribution of the third stimulus payment will be fast (within a week or two for most people) based on the information that the IRS already has from sending out previous stimulus checks, so a March roll out is likely.

Do expats need to do anything to receive a third stimulus check?

Expats who have successfully already received a stimulus payment previously don’t have to do anything to receive their third check. Those who are eligible but haven’t received one yet should take the necessary steps to let the IRS know their US bank account details or address. The only exception to this is expats who are behind with their US tax filing.

How can expats who are behind with their US tax filing get a stimulus check?

Expats who are behind with their US tax filing who simply let the IRS know their address and bank details could find themselves open to IRS penalties and back taxes that could cost more than the stimulus checks.

Instead, expats in this situation should seek advice from an expat tax professional regarding IRS amnesty programs such as the Streamlined Procedure that will allow them to catch up without facing penalties, and also receive the stimulus checks they are due.