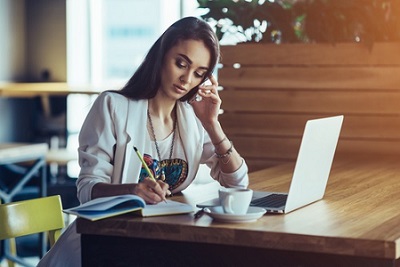 Over 9 million Americans have chosen to embrace the adventure of a lifetime – living abroad.

Many don’t realize though that the US tax system requires all US citizens to file US taxes, reporting their worldwide income, wherever in the world they might be.

In contrast, most other countries either just tax residents, or just tax income arising in that country.

Filing US taxes from abroad typically involves more forms and more complexity compared to filing in the US. For example, to reduce their US tax bill expats can claim one or more IRS provisions by filing additional forms.

The most commonly claimed tax reducing IRS provisions are the Foreign Tax Credit, and the Foreign Earned Income Exclusion.

The Foreign Tax Credit allows Americans who pay foreign income tax in another country to claim US tax credits to the same value as the foreign income taxes that they’ve paid abroad. It can be claimed on IRS Form 1116.

The Foreign Earned Income Exclusion meanwhile allows expats who can prove that they live abroad according to IRS rules to exclude the first around $100,000 of their earned income from US tax entirely. It can be claimed by filing on IRS Form 2555 when expats file their federal return.

There are other provisions to reduce US tax too, such as the Foreign Housing Exclusion, which allows expats to exclude their housing rental expenses, and the Child Tax Credit, which expat parents can claim and which can also result in a cash payment.

Most expats can reduce their US tax bill to zero by claiming one or more of these provisions when they file their federal return.

Expats receive an automatic filing extension until June 15th, allowing them time to file their foreign tax return first for those that have to, and they also request a further extension until October 15th if they need to.

An FBAR is a Foreign Bank Account Report. Filing an FBAR is a mandatory filing requirement for many ‘United States Persons’, including expats, who have ‘Foreign Financial Accounts’.

We’ll look more closely at what is meant by a ‘United States Person’ and ‘Foreign Financial Accounts’ below.

Every year, under the law known as the Bank Secrecy Act, you must report certain foreign financial accounts, such as bank accounts, brokerage accounts and mutual funds, to the Treasury Department and keep certain records of those accounts.

Because FBARs are filed to FinCEN rather than to the IRS, not filing (or inaccurate or incomplete filing) penalties are much more serious.

There are also strict, detailed rules that define which types of accounts qualify when United States Persons are calculating their total combined foreign accounts balance and so whether they need to file an FBAR or not.

While FBAR filing has been a requirement for Americans since 1970, it is only since a law called the Foreign Account Tax Compliance Act (often referred to as FATCA) came into effect in in the last few years that the US government has been able to enforce FBAR filing worldwide.

The way FATCA achieves this is by forcing all foreign banks to provide information to the US government about their US clients’ accounts, including account holder contact details, and account balances. It does this by imposing a steep tax on any foreign banks (including investment firms) that don’t comply when they are trading in US money markets. FATCA has proved to be incredibly effective, with nearly all foreign banks (around 350,000) now complying, and those few that don’t tend not to accept American clients to get around having to report them.

The result of all this is that the IRS can compare the information provided by foreign banks with that provided by United States Persons on their FBARs and so check that they are reporting all of their foreign accounts, and doing so fully and honestly.

The motivation behind both FBAR reporting and FATCA is to prevent offshore tax evasion, however they have also created a significant new reporting burden for millions of ordinary Americans who are living abroad (as well as for foreign banks).

Expats should bear in mind though that FBAR filing doesn’t carry any extra tax implications; it’s solely a reporting requirement so that the US government knows that Americans aren’t hiding suspiciously accumulated wealth offshore.

What is a United States Person?

– United States Citizens and Green Card Holders. It doesn’t matter whether they happen to be living in the States or abroad, all qualifying US citizens and green card holders are considered to be United States Persons and so are required to file an FBAR. This of course includes millions of American expats.

– United States residents. Foreigners as well as Americans who are resident in the United States are also considered United States Persons and so have to file an FBAR if they have foreign registered accounts that qualify.

– Entities such as corporations, partnerships, limited liability companies, trusts and estates formed under US law also have to file an FBAR if their have qualifying foreign registered accounts.

A Foreign Financial Account for FBAR filing purposes is defined as an account registered at a foreign financial institution (including accounts at foreign branches of US financial firms), that has a cash balance and which a US tax filer has a financial interest in or signatory authority over.

Note that many expats have signatory authority over accounts that may not be registered in their name, such as a business bank account, or a joint account. These accounts still qualify for FBAR reporting.

So example of types qualifying accounts are:

– many types of foreign pension accounts

Examples of accounts that don’t qualify on the other hand are:

– mortgage accounts (other than those linked to savings accounts)

Expats with any doubts as to whether they have to file an FBAR or not should consult an expat tax specialist.

FinCEN Form 114 isn’t the most challenging US form in terms of the information it requests, however most expats seek assistance with FBAR filing because the penalties even for making a small, unintentional mistake are very high.

FinCEN Form 114 requires that filers provide their name, address and other basic personal information, along with details of their foreign accounts.

Foreign account details include the name and address of each financial institution where the filer have an account, along with the account number of each account, and each account’s maximum balance during the year.

When reporting the maximum balance of each of their qualifying foreign financial accounts, expats should round up each balance to dollar. So if an account had a maximum balance of $11,242.12 in a year, it should be reported as $11,243.

For many years, as FBARs were filed to FinCEN rather than to the IRS, they had their own separate filing deadline of June 30th. This left expats with a strange dual filing situation though, with their tax returns due by June 15th (unless they applied for an extension), and their FBARs due 15 days later.

In 2018, the FBAR deadline was changed to harmonize with US tax filing, to make expats’ lives a little easier. So from 2018 on (so for 2017 and subsequent tax years), the FBAR filing due date is April 15th, with an automatic six month extension until October 15th.

”What’s willful and what’s not? Most of us know that innocent, even stupid mistakes can be forgiven. Intentional wrongdoing? Much less so. Since taxes are complex, you might assume that just about anything can be called an innocent mistake. Don’t.” – Forbes

FBAR penalties are much higher than penalties for late tax filing or late tax payment. This is because FBARs are filed to FinCEN rather than to the IRS.

The most basic FBAR penalty is for not filing an FBAR non-willfully, meaning that an expat didn’t file an FBAR because they weren’t aware that they had to. This penalty is $10,000, which is applied for every year that an FBAR should have been filed but wasn’t. The same penalty is applied for unintentional FBAR filing errors, such as omitting an account, or reporting incorrectly (such as a balance or account number being incorrect).

Penalties get much higher however for willful not filing, or filing incorrectly or incompletely intentionally. The penalty for this is whichever is higher of either $100,000 or half of the balances of the foreign accounts. Again, this penalty is applied per year. Beyond this, criminal penalties for concealing offshore accounts can also be applied.

While the best way to avoid FBAR penalties is to file completely, accurately and on time, it is worth delving a little deeper into what willfulness means, as the difference between willful and non-willful penalties is so significant.

For someone to be considered to have willfully avoided their FBAR filing responsibilities, they would have to have known about their responsibility but not fulfilled it. How can the US government prove this though? Often it may find evidence of knowledge of the requirement to file in email or other digital records relating to filing responsibilities, or suspicious movement of money between accounts can be also be construed as trying to conceal something. It’s also worth mentioning that the government’s burden of proof is low, and that there have been numerous FBAR related prosecutions (most famously former Trump adviser Paul Manifort).

Millions of US expats weren’t aware of the requirement for them to file either a US tax return, or an FBAR, or both, from abroad. This left them open to both late filing (and tax payment) and FBAR penalties, given that the IRS is receiving their balance and contact information directly from their foreign banks due to FATCA.

Expats who have missed more than a couple of years’ tax and FBAR filing shouldn’t necessarily simply back file, as doing so can still leave them open to late penalties. Instead, they should consider catching up and becoming compliant using an IRS amnesty program called the Streamlined Procedure.

The Streamlined Procedure lets expats who have missed at least three tax returns and FBARs to catch up without facing penalties so long as their non-compliance was non-willful.

To do so, they must file their last three US tax returns, and their last six FBARs, and also self-certify that they weren’t willfully avoiding their legal filing requirements.

Expats who have been filing their US tax returns from abroad, but not FBARs, because they weren’t aware that they had to report their foreign accounts, can also catch up using a different program called the Delinquent FBAR Submission Procedures. Similarly to the Streamlined Procedure, they won’t face late penalties so long as they voluntarily catch up using the program before the IRS contacts them. The program also requires expats to include a statement explaining why they weren’t compliant.

Expats with any questions or doubts about their US tax or FBAR filing obligations or situation should consult with a US expat tax specialist at their earliest opportunity. Expat tax specialists typically save expats more money that they cost, using their experience and expertise to strategize and file in the most beneficial manner for each individual filer.