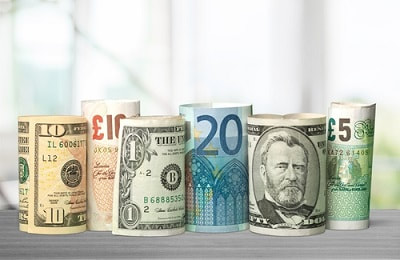 Living abroad is the adventure of a lifetime, however American expats are still required to file a US tax return reporting their worldwide income, as well as complying with the tax rules in their country of residence.

Furthermore, there are extra US tax filing requirements that only apply to expats, such as filing an FBAR, or Foreign Bank Account Report, for those who have over $10,000 in total in foreign bank and investment accounts at any time during the tax year.

Fortunately, there are several ways that expats who also pay taxes in another country can avoid paying taxes to the US on the same income (notably the Foreign Tax Credit), however these need to be claimed every year, and they don’t prevent expats from having to file a US return, even if they owe nothing to Uncle Sam.

Expats such as Digital Nomads who don’t pay taxes abroad (perhaps because they are moving from country to country) can also claim exemptions to reduce or eliminate their US tax liability, but again they still have to file a US return if they earn over around $10,000 a year (or just $400 of self-employment income), whether they earn in US dollars or another, foreign currency.

The IRS doesn’t have an official exchange rate, but instead accepts any posted rate that is used consistently.

This leaves room for expats to use a posted rate that is advantageous to them, in terms of saving a few dollars, so long as they are consistent in the rate they use.

There is another way that expats can use the exchange rate on their US tax return to save some dollars.

So, with a little math and research, one way of calculating the dollar value of an expat’s foreign payments may result in a lower dollar amount being legally declared on their tax return than another.

There’s a way for expats who weren’t aware that they were required to file a US tax return to catch up on their IRS tax filing without facing any penalties.

It’s called the Streamlined Procedure, and it requires expats to file their last 3 returns, their last 6 FBARs (as necessary), pay any tax due (often none, if they back-claim one or more of the exemptions available to expats), and self-certify that their previous non-compliance was non-willful, which is to say that they weren’t aware of their obligations.