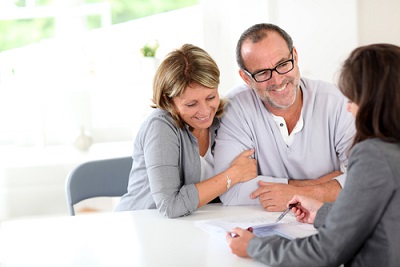 Two years after Donald Trump signed into law his Tax Reform, in the last few days of December 2019 he signed another law called the SECURE (Setting Every Community Up for Retirement Enhancement) Act.

The law comes into immediate effect in 2020. It is designed to allow American taxpayers, including expats, to better plan and save for retirement.

The US requires all Americans to file US taxes, regardless of whether they live in the US or abroad. Expats often have additional filing to do too, claiming IRS provisions to avoid double taxation when they file, and reporting their foreign bank accounts, investments, and business interests. So changes to the US tax system affect American expats just as much as Americans living Stateside.

In this article we’ll look at three of the more significant changes for US expats and Americans planning to retire abroad.

Previously, the age limit for making Traditional IRS contributions was 70 1/2. Now however, this maximum age limit has been removed entirely, allowing expats to keep contributing for as long as they want to.

It’s a very sensible change, giving Americans more choice over their retirement planning and reflecting both of the facts that Americans now live much longer than they used to.

The SECURE Act, just signed by President Trump, is the broadest piece of retirement legislation passed in 13 years.” – Forbes

As a consequence many choose to work for longer, perhaps part time, or consulting, or in a freelance capacity, well into their seventies.

Before the SECURE Act, Americans with Traditional IRA or employer-sponsored plans were required to start taking distributions at the age of 70 1/2. These distributions were called Required Minimum Distributions, or RMDs.

Under the SECURE Act however, the age when these RMDs must start being taken has increased to 72, potentially giving expats an additional two years in which to save.

Furthermore, it gives extra time to save before doing a Roth IRA conversion, which can save tax in the long run.

3 – Stretch IRAs have been eliminated

Previously, Americans who inherited an IRA account not from their spouse (so from a parent or grandparent for example) were allowed to stretch out the distributions for the rest of their lives, regardless of what ages they inherited at.

Now though, the law requires beneficiaries who inherit a retirement account to withdraw all of its assets within 10 years.

This is a significant change for many Americans who may inherit when they are still earning. It is also a change that will inspire many retirees to rethink their estate planning, perhaps converting their IRAs to Roth plans (if they are under age 72) to reduce their heirs’ tax bills.

Need help with US tax filing from overseas?

Americans who live abroad but who haven’t been filing their US taxes because they weren’t aware that they had to can catch up without facing penalties under an IRS amnesty program called the Streamlined Procedure.

All expats benefit from specialist advice though, to ensure that they file in their best long and short term interests, and to avoid future issues.