What is the FBAR Filing Deadline in 2021? 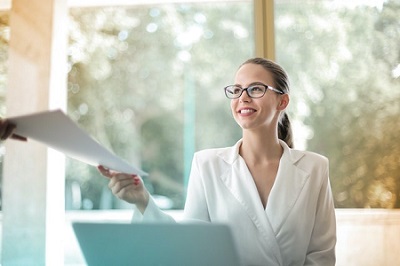 The nine million Americans who live abroad are required to file US taxes, reporting their worldwide income, the same as Americans living in the US.

This is because the US taxes based on US citizenship, rather than on residence.

When Americans abroad file their US taxes, by filing additional forms they can claim IRS provisions such as the Foreign Tax Credit and the Foreign Earned Income Exclusion to help them pay less US tax and avoid double taxation.

Americans with foreign financial accounts may also have to report them by filing an FBAR in 2021.

An FBAR is a Foreign Bank Account Report. The requirement to file an FBAR was introduced back in 1970, however for many years most Americans living abroad lived safely in ignorant bliss of FBAR filing requirement, as Uncle Sam had no way of enforcing it.

Since the introduction of the 2010 Foreign Account Tax Compliance Act however, in turn facilitated by the era of global digital finance, the US Treasury now receives Americans’ personal and balance information directly from almost every bank and financial institution in the world, enabling FBAR filing enforcement.

The FBAR rules state that any American who has a total of over $10,000 in foreign financial accounts at any time during 2020 must report all of their foreign accounts by filing an FBAR in 2021.

“Every year, under the law known as the Bank Secrecy Act, you must report certain foreign financial accounts, such as bank accounts, brokerage accounts and mutual funds, to the Treasury Department.” – the IRS

Foreign financial accounts include all bank and investment accounts, and most foreign pension accounts.

Furthermore, any account that an American has signatory authority or any other form of indirect control over qualifies, even if it isn’t registered in their name.

It’s important to note that the $10,000 threshold is per US taxpayer, counting all of their qualifying foreign accounts, rather than referring to any single account.

FBARs are filed to FinCEN, the US Financial Crimes Enforcement Network, online, through the BSA E-Filing System. The FBAR form is called FinCEN Form 114.

The FBAR form requests the name and address of each financial institution (such as a bank or investment firm) where an account is held, along with the account name, number, and the maximum balance in the year.

Americans can file FBARs themselves, but many ask their expat tax return preparer to file it on their behalf.

What is the 2021 FBAR filing deadline?

The FBAR deadline in 2021 is nominally April 15th, however all Americans receive an automatic FBAR filing extension until October 15th, synchronizing the FBAR deadline with the extended expat tax return filing deadline.

Because FBARs are filed to FinCEN rather than to the IRS, penalties for not filing FBARs, or for inaccurate or incomplete filing, are high. These start at $10,000 a year for unintentional, non-willful errors. Penalties for willful errors or avoidance meanwhile are $100,000 a year or half of the foreign account balances, or in extreme cases criminal charges.

What can Americans who have missed FBAR filing in previous years do?

Thankfully, there are amnesty programs available for Americans who haven’t been filing because they weren’t aware of the requirement to. It should be noted that these amnesty programs are voluntary, which is to say that they are only accessible before or until the IRS gets in touch.

If you have any questions about your US tax filing or FBAR reporting from abroad, don’t hesitate to get in touch – we can help.