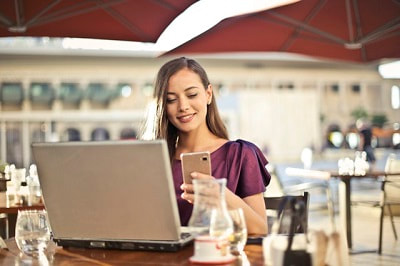 When Americans move abroad, they are usually more focused on the adventure ahead than on getting to grips with US tax rules for expats. In fact, many assume that their foreign income is tax exempt.

It’s counter-intuitive, in a way, that US expats are required to file US taxes from abroad, declaring their worldwide income. The US is almost the only country that requires expats to file, and while there are several groups lobbying …

… to change this requirement, becacuse the US government is committed to the concept of global financial enforcement, to prevent offshore tax evasion, change is unlikely.

The upshot of all this for expats is that they have to file top avoid potential fines. However expats also often have to file taxes in the country where they live.

It would be logical to assume that to avoid double taxation, foreign income would be US tax exempt.

Instead however, the IRS has made available a number of exemptions that expats can claim when they file to exempt their foreign income from US taxation.

It’s a subtle but important difference, as rather than expats’ foreign income being automatically tax exempt, they must file to actively claim the exemptions.

Furthermore, which exemption expats claim can have a significant impact on their US tax liability, depending on their circumstances.

For example, the Foreign Tax Credit is often a good exemption for expats paying foreign taxes at the same or at a higher rate than the US rate.

“If you are a U.S. citizen or a resident alien of the United States and you live abroad, you are taxed on your worldwide income. However, you may qualify to exclude from income up to an amount of your foreign earnings.”
– the IRS

The Foreign Tax Credit allows expats to claim a $1 US tax credit for every dollar of foreign tax that they’ve paid abroad, regardless of the income type. Expats who claim more US tax credits than the amount of US tax they owe can carry them forward, which may prove useful further down the line.

Another important exemption for expats is the Foreign Earned Income Exclusion, which allows expats to exclude the first up to around $100,000 of their earned income (but not passive income such as dividends, interest, or rents), from US tax liability.

To claim the Foreign Earned Income Exclusion, expats are required to prove that they live abroad using either the Bona Fide Residence Test, or the Physical Presence Test.

The Bona Fide Residence Test requires expats to prove that they are permanent residents in another country, normally through having a permanent residency visa there, or perhaps by providing evidence or a home and utility bills or local tax information.

The Physical Presence Test meanwhile requires expats to prove that they spent at least 330 days outside the US in a 365 day period that is normally the tax year, though if an expat moved abroad (or back to the US) mid year, the 365 day period can be that after or before they moved, respectively. This is useful for expats such as Digital Nomads who travel between countries or who don’t have a permanent home abroad.

Expats who claim the Foreign Earned Income Exclusion and who rent their home abroad can also exempt many of their housing expenses by claiming the Foreign Housing Exclusion.

So while foreign income isn’t automatically US tax exempt, the vast majority of expats end up owing zero US tax once they file and claim one or more of the available exemptions.

What about expats who didn’t know they had to file US taxes from abroad?

Expats have to file for their foreign income to be considered tax exempt, or otherwise the IRS considers them to owe US taxes.

Fortunately there is an IRS amnesty program called the Streamline Procedure that allows expats to catch up without facing any IRS sanctions and while claiming the available exemptions.

We strongly recommend that expats who are behind with their US tax filing catch up at their earliest convenience to avoid any possible future issues with the IRS.