The Foreign Earned Income Exclusion – Where is a US Expat’s Tax Home? 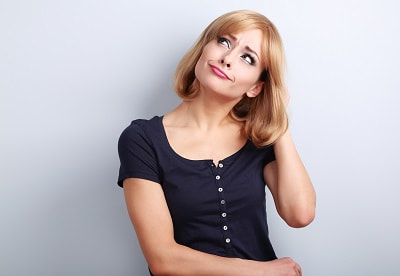 All American expats who meet the minimum income thresholds (currently around $10,000 – though this may rise to nearer $12,000 if and when the Trump Tax Reform Plan is passed – or just $400 for self-employment income) are required to file US taxes reporting their worldwide income, wherever in the world they live.
The IRS has put several mechanisms in place though to ensure that, while expats still have to file a US tax return, they don’t end up paying income tax on the same income twice, to both the US and their country of residence.

Chief among these mechanisms is the Foreign Earned Income Exclusion, which allows expats to exclude the first around $100,000 (the exact figure rises a little each year) of their earned income from US tax liability.

The income may be paid or sourced anywhere in the world, so long as the expat was living abroad when they earned it.

To claim the Foreign Earned Income Exclusion though, expats have to demonstrate that their tax home is abroad.

Demonstrating that an expat’s tax home is abroad

Expats may be able to demonstrate that they are a resident in another country by providing foreign tax and legal residency evidence, or housing contracts and utility bills.

There are many expats though who work abroad but who travel to the US regularly, perhaps because their family still live Stateside, or because their job requires it. This can leave them unable to use the Physical Presence Test, but also struggling to claim that their tax home is abroad.

The thousands of civilian contractors assisting the military around the world are a good example of people who come and go, typically leaving their families back in the US.

They spend the majority of the year working abroad, but may struggle to prove that their tax home is abroad, and so may be left open to double taxation both in the US and, if they qualify for tax residency, in the country where they work.

Whether or not expats in this situation can claim the Foreign Earned Income Exclusion often depends on the details. Some court cases have found that such contractors’ tax home is in the US despite their working abroad because of their strong ties in the States, which may include a permanent home, their family, and voter and driving license registration.

A recent court case found the opposite however. While the law says that a tax payer’s tax home can’t be abroad if his abode is in the US, if an expat also has a home abroad, as well as ties such as a bank account, and their employment abroad is permanent (open ended) rather than a fixed short term contract, they may well be able to claim the Foreign Earned Income Exclusion after all.

Our advice for expats in similar borderline situations is to ensure that they take steps abroad to be able to demonstrate that they have a permanent abode there that they can use to counteract the ties they have in the US if necessary.