US Tax Filing and Advantages for Americans Living in Puerto Rico 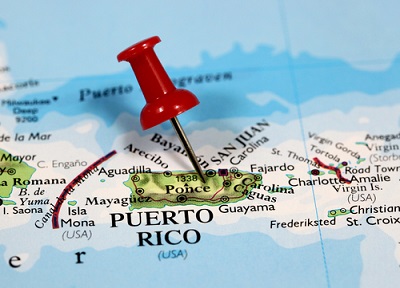 Over the last few years, lots has been written about moving to Puerto Rico as a tax haven. Around 2,000 Americans are known to have moved to Puerto Rico for this reason to reduce their US tax bill.

The only reason more haven’t joined them is that to take advantage of the tax breaks Puerto Rico offers, Americans have to meet a rigid set of criteria and follow quite a specific set of rules.

In this article we’ll look at these rules, and offer guidance as to which Americans might benefit from moving to Puerto Rico.

First off, it’s worth outlining the nature of Puerto Rico’s relationship with the U.S.

Puerto Rico is a territory or commonwealth of the United States. This means that it is governed by the US in some ways, but independent in others. The Puerto Rican people have in fact voted to become a US state more than once, however the US government hasn’t so far changed the status quo.

Furthermore, as an added incentive, Puerto Rico has a tax break program for American entrepreneurs who move to Puerto Rico and establish a business in Puerto Rico that provides services outside the territory.

Known as Act 60 (previously Acts 20 and 22), Americans who move a qualifying business to Puerto Rico (including becoming a Bona Fide resident and establishing an office in Puerto Rico) will pay just 4% corporation tax, and no tax on capital gains, dividends, interest and royalties. For the right business, and if set up properly, this can lead to significant tax savings.

Do Americans living in Puerto Rico have to file US taxes?

“Puerto Rico seems alluring, where advertisements suggest you don’t have to actually ditch your passport but can pay a fraction of the taxes you do now.” – Forbes

Furthermore, Americans who become Bona Fide residents of Puerto Rico don’t have to file US taxes on their Puerto Rican income.

All Americans living abroad can pay less US tax by claiming exclusions and credits such as the Foreign Earned Income Exclusion and the Foreign Tax Credit to reduce their US tax bill when they file their US tax return.

Americans looking at moving overseas for tax efficiency should always consult an expat tax specialist, who will help them realize their best overall outcome dependent on their circumstances.