Where is Your Tax Home? 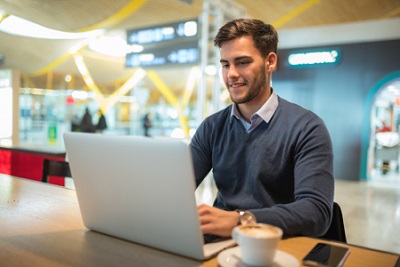 The US requires all American Citizens to file US taxes, reporting their global income, wherever in the world they live or receive income.

Because many American expats have to file foreign taxes in another country too, the IRS has introduced some provisions that expats can claim when they file to avoid double taxation. The two most useful of these are called the US Foreign Tax Credit, and the Foreign Earned Income Exclusion.

The Foreign Tax Credit, which can be claimed on IRS Form 1116, lets expats claim US tax credits to the same value as foreign income tax that they’ve paid. For expats who pay foreign taxes at a higher rate than the US rate, the Foreign Tax Credit is often the best way to eliminate double taxation.

However, many Americans living abroad choose to claim the simpler Foreign Earned Income Exclusion to eliminate their US tax bill. The Foreign Earned Income Exclusion (which can be claimed on Form 2555) can only be applied to earned income (so not passive income from rents, investments, or retirement accounts), but it does hold advantages for many expats.

The Foreign Earned Income Exclusion allows expats to exclude the first around $105,000 (the figure rises a little each year with inflation) of their earned income from US taxation, regardless of whether they pay foreign taxes or not. So for expats whose only income is from employment or self-employment, and who earn under the threshold, it’s a straightforward way to eliminate their US tax bill.

“Your Tax Home is the general area of your main place of business, employment, or post of duty, regardless of where you maintain your family home.” – the IRS

To qualify though, an expat’s Tax Home must be abroad.

What is a Tax Home?

‘Tax Home’ is an IRS term to describe the place or locality where an American is most closely tied to when they work.

So if someone works for an American employer but is based abroad, then their Tax Home is most often abroad, even if they are paid into a US account or if they move between foreign countries.

To claim the Foreign Earned Income Exclusion, expats must furthermore prove that they are either a permanent resident in a foreign country, or that they spent no more than 35 days in the US in a 365 day period that coincides with the tax year.

The only exception is for Americans who live abroad but who maintain an Abode in the US.

What is an Abode?

An Abode is defined by the IRS as the center of an American’s family, economic and personal ties. So an American who travels to the extent that they might even spend the majority of their time abroad (such as oil industry workers, or retirees), but still returns to their main or family home in the US from time to time, is considered to have their Abode in the US, and as a result their Tax Home there, too.

There are two main exceptions to this rule too though:

– Since 2018, American contractors working for the US military in IRS designated Combat Zones are still able to claim the Foreign Earned Income Exclusion, even if they maintain a home or have a family back in the States.

Expats who maintain a residence both in the US and abroad but are primarily based and work abroad can take positive steps to demonstrate that their Tax Home is abroad, in case they are ever asked to prove it.

These steps might include establishing local bank accounts, a foreign driver’s license, utility bills, and involvement in the local community at the foreign residence.

Filing US taxes from abroad

Filing US taxes from abroad is more complex than filing in the US, as there are extra forms to file, and expats often have to report any foreign bank accounts, investments, and business interests too.

Expats who have any questions or concerns about US tax filing from abroad should seek assistance from an expat tax specialist, who will help them to file to their optimum benefit as well as ensuring that they fulfil all their US reporting obligations.