Taxes for US Expats – How Many Days Can I Spend in the US? 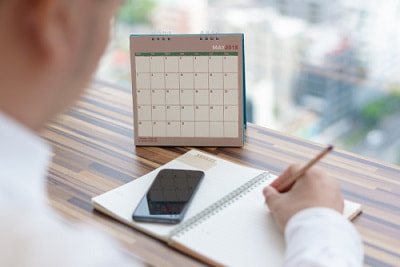 Because all American citizens and green card holders are required to file a US tax return, reporting their worldwide income, the IRS provides a number of exemptions that can be claimed that help expats minimize (and most often eliminate entirely) their US tax liability.   These exemptions must be claimed when expats file their federal return by filing the corresponding form along with form 1040.

Unfortunately, the tax treaties that the US has with other countries don’t mitigate for this, so expats have to file and claim the most beneficial exemptions given their circumstances to avoid owing US taxes, even if they’ve already paid taxes abroad. In some cases, to claim these exemptions, expats have to limit the number of days they spend in the US.

So how many days can expats spend in the US?

The short answer is it depends on which exemption an expat claims and on their particular circumstances.

One of the IRS exemptions is called the Foreign Earned Income Exclusion, and it allows expats to exclude the first around $100,000 of their foreign earned income from US taxation. The exact figure rises each year to keep up with inflation.

To claim the Foreign Earned Income Exclusion, expats must file form 2555, which requires them to prove that they live abroad either by providing proof of permanent residence abroad (eg a permanent residency visa, or proof of paying foreign taxes, employment, household expenses etc).

Expats who are unable to do this must prove that they spent at least 330 days outside the US in 365 period (normally the tax year, though if they moved abroad or back to the US mid-year, it maybe the following or preceding 365 days, respectively).

“Individual U.S. citizens or lawful permanent residents meet the applicable non-residency requirement if in any one or more of the most recent three years they did not have a U.S. abode and as physically outside the United States for at least 330 full days.” – the IRS

So expats who want to claim the Foreign Earned Income Exclusion and who are unable to prove that they are a permanent resident in another country must limit the number of days that they spend in the US.

Expats who can prove that they are a permanent resident in another country on the other hand can spend as many days in the US as they wish, from a US tax perspective.

Expats who pay taxes in another country at a similar or higher rate than the US rate are often better off claiming another exemption altogether though, the Foreign Tax Credit.

The Foreign Tax Credit allows expats to claim a $1 US tax credit for every dollar of foreign tax that they’ve already paid abroad.

There’s no limit on the amount of credits expats can claim, or on the type of income (so passive income such as rents qualifies, which it doesn’t for the Foreign Earned Income Exclusion). Neither is there any limit on the number of days that expats can spend back in the US each year, so long as they demonstrate that they are paying foreign taxes. Expats can claim the Foreign Tax Credit by filing form 1116 with form 1040.

Expats who wish to catch up with their US tax filing

Aside from expats who aren’t permanent residents in a foreign country and want to claim the Foreign Earned Income Exclusion, the other scenario in which expats need to be mindful about the time they spend in the US is if they want to catch up with their expat tax filing under the Streamlined Procedure IRS amnesty program.

Since 2014, expats who are behind with their US tax filing because they weren’t aware of the requirement to file have been able to catch up without facing any penalties using this program, however similarly to the Foreign Earned Income Exclusion the program does require expats to prove that they have spent at least 330 days a year outside the US for the last three years.

Expats who can’t prove this can still catch up, but may face late penalties.