Taxes for US Expats – FBAR Due Date and Requirements in 2018 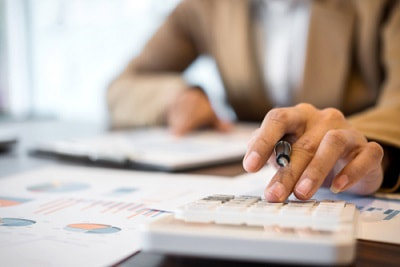 Filing US taxes from abroad has been a requirement for American expats for around 150 years, however until recently it wasn’t a requirement that the IRS was able to enforce, so many expats didn’t bother.

Since the 2010 Foreign Account Tax Compliance Act (often referred to as FATCA) however, the IRS now has access to expats’ foreign financial data directly from foreign banks and governments, allowing it to know which expats should be filing.

When expats file a US tax return, they can claim one or more exemptions that reduce (or for most, eliminate) their US tax liability, meaning they probably won’t have to pay any US taxes. These include the Foreign Tax Credit (for expats paying taxes abroad), and the Foreign Earned Income Exclusion. Expats have to file each year though to claim these, otherwise the IRS considers them to still owe taxes on their worldwide income.

Furthermore, many expats are required to report their foreign bank and investment accounts each year by filing a Foreign Bank Account Report, or FBAR, before the FBAR due date.

Expats who have a total of at least $10,000 in qualifying foreign accounts at any time during the year are required to file an FBAR.

It doesn’t matter whether the $10,000 is all in one account, or spread between multiple accounts, it’s the aggregate, combined total that counts.

“The legislation changing the FBAR due date also provides for a six-month extension for filing the form to Oct. 15, 2018, which FinCEN has allowed to be implemented automatically.”
– the Journal of Accountancy

It’s also important to note that qualifying accounts include all foreign financial accounts that an expat has any control or signatory authority over, even if the account isn’t necessarily registered in the expat’s name. So many business accounts, joint accounts, and trust accounts qualify and may need to be reported.

How can expats file an FBAR?

To file an FBAR, expats must file FinCEN form 114 online by the FBAR due date.

Form 114 required expats to report their personal information (name, address etc), along with information relating to all of their foreign financial accounts, including the account name and number, maximum balance during the year, and details of the financial firm where the account is held.

Because FBARs are filed to FinCEN rather than to the IRS, penalties for not filing (or for incomplete or inaccurate filing) are high, starting at $10,000 a year if the offense was unintentional.

Reporting foreign accounts and maximum balances doesn’t expose expats to any additional taxes though – it is simply a reporting requirement – so we strongly recommend that expats with qualifying foreign accounts file an FBAR to avoid unnecessary penalties.

FBARs used to be due by June 30th, however in 2016 the Treasury reconciled the FBAR filing date with federal tax return filing dates. This means that the FBAR due date in 2018 (for the 2017 tax year) is April 15th 2018 for Americans residing in the US, while for US expats there is an automatically applied extension until October 15th 2018, which is also the final federal tax return filing deadline for expats who have requested an extension.

Catching up with FBAR and tax filing

Expats who are behind with their federal tax and/or FBAR filing can catch up without facing penalties under an IRS amnesty program known as the Streamlined Procedure.

The Streamlined Procedure requires expats to file their last three federal tax returns, their last six FBARs (as appropriate) and self-certify that their previous failure to file was non-willful, rather than willful evasion of their US filing responsibilities.

We strongly recommend that expats with overdue FBARs or federal tax returns take steps to catch up as soon as possible rather than wait for the IRS to contact them, at which point they may have to pay back taxes and fines.