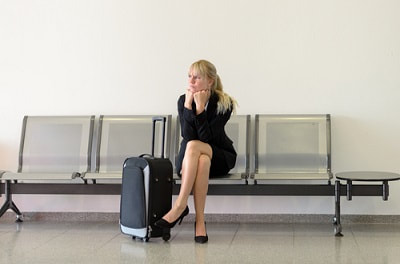 “FATCA was created in part because of the fear of the United States government that the globalization of finance would give far more people the opportunity to hide their money. It was becoming very clear that it wasn’t going to be just the very wealthy, but that it could really be the middle class and upper-middle class that could start moving income offshore.”

The US Treasury has opened a new front in its war against offshore tax evasion. But for some, including Americans living abroad, it amounts to financial imperialism.

American expats living and working overseas with legitimate bank accounts outside the country, and foreigners working in the United States, have begun receiving letters from their banks in Paris, Tokyo, Johannesburg and elsewhere. They need to certify that they are in compliance with their personal US tax filing obligations. Additionally, banks are saying that their account information is being turned over to US tax authorities.

It is the culmination of a years-long effort by the Treasury, straining to close the chronic US budget deficit, and to get to unreported incomes that may have been hidden away in bank accounts around the world. For some the new Foreign Account Tax Compliance Act (FATCA) is an outrage: their foreign banks are now handing over their confidential information to the US government.

FATCA. It’s Everywhere You Wanna Be

Under newly inked treaties with the United States, some 100,000 foreign financial institutions in more than 100 countries must report to the Treasury on the accounts of any so-called “US persons” – a US citizen, or anyone with an immigrant’s “green card” or a US work permit.

For some time Americans with bank accounts abroad have been required to file Foreign Bank Account Reports (FBAR). FBARs, though, were never very rigorously enforced, perhaps because the technology nor the political will at the time did not support it.

In the era of big data and globalization, FATCA now puts the burden on foreign financial institutions to do the reporting. If they do not, the Treasury threatens a 30 percent withholding tax on the bank’s US transactions.

Official estimates say FATCA will uncover enough hidden assets and income to generate some $8 billion in additional tax payments to the US government over 10 years. Richard Harvey, a tax law professor at Villanova University who helped craft the FATCA rules, estimates the take could be “more like $20 to $30 billion”.

The problem of the wealthiest Americans hiding money overseas to avoid taxes has existed for a long time. Harvey said FATCA was created in part because of the fear that the globalization of finance would give far more people the opportunity to hide their money. “It was becoming very clear that it wasn’t going to be just the very wealthy, but that it could really be the middle class and upper-middle class that could start moving income offshore.”