Do US Expats Pay Medicare Tax? 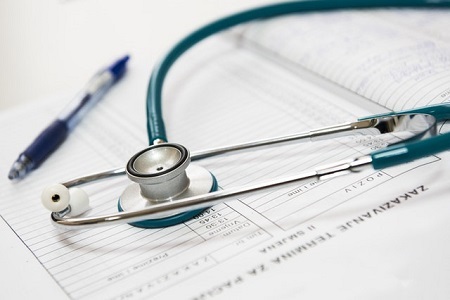 Expats often ask whether Americans are still required to pay Medicare Tax if they live abroad. In this article we delve deeper into some different scenarios where they may have to.

The US requires all Americans to file US taxes every year, reporting their global income. This includes Americans living abroad.

Americans with foreign registered bank accounts, investments, and business interests may also have to report them, depending on their account or asset values.

Taken together, these requirements mean that US filing for Americans who live abroad is more complex than for Americans living in the States. Foreign banks and governments are providing details about US expats’ finances directly to the IRS too, so it’s no longer possible for expats to hope they can stay under the IRS’ radar to avoid fines.

Because the US requires all Americans to file US taxes globally, many expats are also required to pay US social security tax and Medicare Tax. In particular:

– Expats who are self-employed are required to pay both employers and employees social security and Medicare contributions, so a total of 12.4% social security tax and 2.9% Medicare Tax, on their global earnings. Self-employed expats pay these taxes on all their income over just $400.

What about double social security taxation?

“In general, U.S. social security and Medicare taxes continue to apply to wages for services you perform as an employee outside of the United States in certain circumstances.”- the IRS

Unfortunately, the exemptions and credits that expats can claim when they file to reduce their US income tax bill such as the Foreign Earned Income Exclusion don’t also exempt them from paying US social security or Medicare taxes.

The US does have a set of treaties called Totalization Agreements with twenty six other countries to prevent double social security taxation. These treaties set out which country expats should pay to (normally depending on how long they will be living in that country for), with contributions counting towards social security payments in both systems.

The twenty six countries are:

Expats who live in one o f these twenty six countries therefore may not have to pay Medicare Tax even if they are self-employed or work for a US employer.

Some self-employed expats who don’t live in a country the US has a Totalization Agreement with may benefit from setting up a foreign corporation in a low or no tax jurisdiction which then employs them. Once they are employed by a foreign company, they no longer have to pay US social security and Medicare contributions (although this could affect the ability to receive future social security payments, and it would also trigger extra reporting requirements relating to the new company). It’s always worth expats consulting an expat tax specialist to ensure that they file in their best long and short term interests.

What about Additional Medicare Tax?

Despite expats who work for an American firm and those who are self-employed having to pay Medicare Tax, Medicare won’t pay for their health care or supplies abroad.

Exceptions are only made if a foreign hospital is nearer than a US hospital to your US home (so for Americans living in the US near the Canadian or Mexican borders), or if they happen to be near these borders in an emergency medical situation, even if they live elsewhere in the US. Medicare will also pay Canadian medical costs for Americans who have a medical emergency while traveling between the US and Alaska, if a Canadian hospital is nearer than a US one. The only other exception is an emergency on a cruise ship not more than 6 hours from a US port.

What should expats who should have been paying Medicare Tax but haven’t do?

Expats who haven’t been fully filing their US taxes, including social security and Medicare contributions, because they weren’t aware that they have to can catch up under an IRS amnesty program called the Streamlined Procedure, so long as they do so voluntarily before the IRS contacts them about it.

Expats with any questions or doubts about their US tax filing from abroad should seek advice from a US expat specialist at the earliest opportunity to avoid future issues with the IRS.