When Should US Expats File IRS Form 1118? 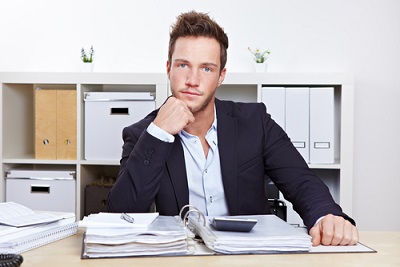 Americans who move overseas have to continue filing US taxes from abroad, as the US taxes based on citizenship rather than on residence. This means that many Americans living abroad have to file both foreign taxes in their country of residence, and US taxes too.

To avoid double taxation, American expats in this situation can claim US tax credits on their foreign income when they file their US taxes, and tax credits in their country of residence in lieu of US taxes paid on their US sourced income (e.g. passive income such as rents arising in the US, or income for work they did while they were physically in the US).

Expats who pay income taxes abroad claim US tax credits to reduce their US personal income tax bill by filing IRS Form 1116 when they file Form 1040.

Americans living abroad also have to report their foreign registered corporations to the IRS and pay US corporation tax, and this often puts them at risk of double corporate taxation.

Americans can use Form 1118 to claim tax credits in lieu of foreign taxes paid on their foreign corporation’s income, but not VAT or other sales taxes.

“Any corporation that elects the benefits of the foreign tax credit under section 901 must complete and attach Form 1118 to its income tax return.” – the IRS

Form 1118 should be filed along with the other IRS corporation reporting forms due, normally either Form 5471 or Form 8858.

Form 1118 is a complicated form to file. The IRS estimates that it takes 25 hours to complete. Expats with a foreign business who need to claim corporate foreign tax credits should always seek assistance from an expat tax specialist.

Other US filing requirements for American expat business owners

An FBAR is a Foreign Bank Account Report. FBARs must be filed to FinCEN every year by any American who has signatory over foreign financial accounts with combined balances that exceed $10,000 at any time during the year. Corporations have to file too, if they have foreign accounts that qualify, as well as any American owners with signatory authority over the accounts.

FATCA rules meanwhile state that Americans with foreign financial assets, including the value of a business, must report their foreign assets on IRS Form 8938. Minimum total foreign assets reporting thresholds start at $200,000 for Americans living abroad.

What if you’re behind with filing US taxes from abroad?

There is an IRS amnesty program called the Streamlined Procedure that lets Americans abroad who are behind with their US tax filing because they weren’t aware of the requirement to file to catch up without facing penalties.