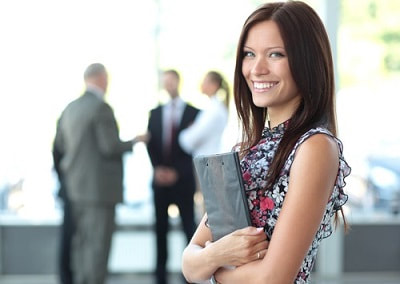 The Trump Tax Reform brought significant changes for many expats with a foreign registered businesses.

Previously, a foreign registered corporation owned by Americans could leave its profits in the business to avoid paying US taxes on them. This led to giant corporations such as Apple having billions of untaxed profits sitting offshore though.

To remedy the situation, the Trump Tax Reform imposed a one-time 15.5% repatriation tax on these offshore profits (which were known as ‘retained earnings’).

The repatriation tax was also applied to all Americans who own at least 10% of an offshore corporation that is at least 50% owned by Americans however, so including all US expats with a small businesses. According to Democrats Abroad, an estimated one million US expats are believed to be affected.

Furthermore, future profits of qualifying foreign corporations (typically those owned at least 50% by Americans) will be taxed as if they were their American owners’ income.

The imposition of the ‘Apple Tax’ on a million expats’ small businesses has caused pandemonium around the world as expats struggle to get to grips with the new law and make changes to their businesses and corporate structures so as to remain as tax efficient as possible going forward.

Many expat groups, including ACA (American Citizens Abroad) and both Republicans Overseas and Democrats Abroad, have also been lobbying for a change in the law to exclude smaller businesses.

“Expatriate Americans have been granted a one-year reprieve from an unexpected levy on their overseas business interests, raising their hopes of Congress amending the tax reforms signed into law by Donald Trump six months ago.” – FT.com

The repatriation tax can be paid in installments over 8 years, and earlier this year the IRS announced an extension for the first installment to June 15th.

Now however the IRS has announced a further extension until April 15th next year to pay the first installment, for corporations that owe less than $1m total repatriation tax.

This change firstly provides relief (if temporarily) to millions of expat small business owners who otherwise may have faced penalties if they didn’t pay the first installment by June15th 2018 (and also may have had their future installments accelerated), but it also raises hope that the law may be changed to exclude these smaller businesses entirely later this year.

For now though, the pressure is off for a million expats to pay a first installment this month, although those affected should note that interest will be due on payments made after June 15th this year.

All American citizens and green card holders are required to file US taxes, declaring the worldwide income, wherever in the world they happen to live.

The IRS has provided exemptions such as the Foreign Earned Income Exclusion and the Foreign Tax Credit that expats can claim when they file to prevent them from paying taxes twice.

There is also an amnesty program called the Streamlined Procedure that allows expats who weren’t aware of the requirement to file to catch up without facing penalties – so long as they do so before the IRS writes to them.

Expats may also have to report their foreign bank and investment accounts by filing an FBAR.