Citizenship Based Taxation – What US Expats Need to Know 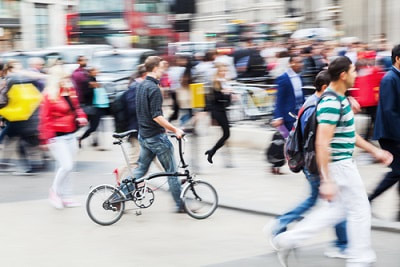 Expats are America’s global front-line ambassadors. Everyday, their actions and attitudes help shape others’ perceptions of the US and Americans.

They are also the 21st century pioneers, forging opportunities and lives away from our shores and in the wider world.

However far from the US they venture though, they remain in the strange situation of having to file taxes twice, in the country where they live, as well as to the US. This is because the US operates a citizenship based taxation system.

What is citizenship based taxation?

Citizenship based taxation means that all US citizens (including anyone with the right to US citizenship) as well as green card holders are required to file and pay US taxes on their worldwide income.

The key thing to understand about citizenship based taxation is that it doesn’t matter whether you live in the States or not; as a US citizen (or green card holder) you are still obligated to file US taxes.

Why does the US have citizenship based taxation?

Citizenship based taxation started way back during the Civil War, as a disincentive for Americans to leave the country to avoid being drafted into the Northern army. When it was introduced, income tax was higher for expatriates than for Americans living in the States. Happily this is no longer the case!

What do other countries do?

“Americans living abroad are among the most important ambassadors the U.S. has around the world. They play a significant role in shaping their foreign coworkers’ and neighbors’ view of the U.S. and American values.” – Forbes

What does citizenship based taxation mean for expats?

Following the 2008 financial crisis though, with a record national debt and deficit after the government bailed out the failing banks, the administration sought new ways to generate revenue. One of them was by enforcing citizenship based taxation.

The 2010 Foreign Account Tax Compliance Act (known as FATCA) compels foreign banks and other financial institutions (including investment firms) to report their American account holders to the IRS, including account balances and contact details. It achieves this by imposing a tax on those that don’t comply when they trade in US financial markets. Along with a raft of new intergovernmental tax exchange agreements, the IRS now has a very good idea about US expats’ finances, and where they live.

This means it is now able to enforce citizenship based taxation for the first time.

What can I do to avoid double taxation?

The main problem with America’s citizenship based taxation system for expats is that they find themselves filing two tax returns and potentially paying taxes on the same income twice.

While US tax treaties typically don’t mitigate for this, there are a number of IRS exclusions including the Foreign Earned Income Exclusion and the Foreign Tax Credit that can be claimed that allow expats never to pay more tax than the higher of the two tax regimes to which they are subject. In most cases, these exclusions allow the expat not to pay any tax to the US, however expats still have to file a US tax return to claim these exemptions. Expats should also note that which exemptions they choose to claim, depending on their circumstances (e.g. their income and country of residence), affects the amount of tax they’ll end up paying.

What happens if I didn’t know I had to file US taxes?

Many expats have been caught off guard by finding out that they have to file US taxes on their worldwide income from abroad. Fortunately there’s an amnesty program called the Streamlined Procedure that allows expats to catch up on their US tax filing without paying any penalties. We strongly recommend that expats who need to catch up contact an expat tax expert to find out more about the Streamlined Procedure before the IRS gets in touch with them.