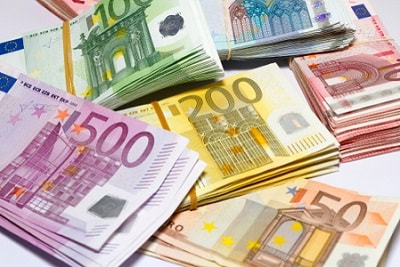 Many Americans living abroad have heard that their income up to a certain threshold is exempt from US taxation. The truth is a little more complicated however.

Due to America having a citizenship based taxation system, all Americans, including expats, are required to file a federal tax return each year, reporting their worldwide income.

When expats file though, they can claim …

… one or more IRS exemptions to reduce the amount of US tax they must pay. For the majority of Americans living abroad, if they claim the best exemptions for their situation, they end up owing no US tax. They do however have to keep filing to claim these exemptions, as otherwise the IRS assumes that their worldwide income is taxable at US rates, regardless of tax treaties (which normally contain a ‘Savings Clause’ that means that Americans still have to file), or of whether they’re also paying taxes abroad.

The Foreign Earned Income Exclusion is one of the most useful exemptions that expats can claim when they file.

The Foreign Earned Income Exclusion lets expats exclude the first around $100,000 (the exact figure rises each year due to inflation) of their earned income from US taxation.

To claim the Foreign Earned Income, expats must additionally file form 2555 when they file their federal tax return. On form 2555, expats must prove that they live abroad in one of two ways.

The first is called the Bona Fide Residence Test, and it requires expats to provide proof that they are a permanent resident in another country. This could be in the form of a permanent residency visa, or proof relating to foreign taxes paid or a permanent home abroad.

“Thankfully though, there are some exclusions available for expats that reduce or in many cases eradicate their US tax liability. The primary of these exclusions for expats is the Foreign Earned Income Exclusion.”     – The American Magazine

The second way of proving that an expat lives abroad is called the Physical Presence Test, and it requires expats to prove that they spent at least 330 days outside the US in a 365 day period that is either the tax year, or coincides with the tax year.

The Permanent Residence Test is often a good option for expats who don’t have a permanent base abroad, including Digital Nomads, however expats in this situation must ensure that they don’t spend too much time in the US.

It doesn’t matter where in the world the income comes from (including the US), so long as the tax payer can prove that they live abroad, and that the income they wish to exclude qualifies as having been earned.

The Foreign Earned Income Exclusion only lets expats exclude earned income, and many expats seek clarity regarding which income types are considered earned as opposed to unearned.

Earned income is typically income derived from labor or services rendered. This includes wages, salaries, tips, bonuses, commissions, freelancing, severance and vacation pay, reimbursements, and earnings from self-employment, including working as a member of a religious order. Long term disability benefits are also considered earned income up until the minimum retirement age.

As well as filing a federal tax return each year, expats may also need to report any foreign bank and investment accounts that they have by filing an FBAR.

Expats who haven’t been filing a US tax return from abroad because they weren’t aware of the rules can catch up without facing penalties under an IRS amnesty program called the Streamlined Procedure.