Relief for ‘Accidental Americans’ May be at Hand 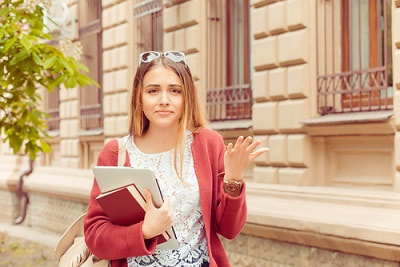 Hidden deep within the proposed 2016 Federal Budget is a clause that seeks to bring some relief to so-called Accidental Americans.

Accidental Americans are people who don’t know that they are American citizens, or who didn’t know before adulthood. They typically fall into one of two groups: people who were born in the US to foreign parents who were there temporarily, either working, studying, or even on holiday; and children of an American citizen who were born and have always lived abroad and who have never claimed a US passport or a green card.​

Sometimes though someone with just one American grandparent is unknowingly a US citizen, if one of their parents acted on their right to citizenship at some point. Other people believe that they were once US citizens but aren’t any more, however if they haven’t formally renounced their citizenship, they may still hold it.

Recent years have seen a huge increase in the federal government’s interest in US citizens living abroad, to pursue them for unpaid taxes. Until now, the new laws aimed at collecting these taxes haven’t discriminated between expats and unintentional or accidental Americans though.

The most high profile Accidental American is London Mayor Boris Johnson, who was born in the US to British parents, and despite only living in the US for 3 years in his infant-hood was presented with a large tax bill following the sale of his London home in 2009. He eventually paid the bill, before formally renouncing his US citizenship.

In total, there are an estimated six million Accidental Americans – quite a potential windfall for the IRS. Furthermore, US citizens can only renounce their citizenship once they have paid all their due taxes to the IRS.

So what does the proposed 2016 budget say? In truth, it provides relief just for some Accidental Americans, those that meet some specific criteria.

1) people who since birth have been both a US citizen and a citizen of another country.

4) people who have never held a US passport

5) people who commit to relinquishing their US citizenship within 2 years of January 1, 2016

If the budget is passed with this clause, it will bring relief to a large group of Accidental Americans (those that meet all the criteria), though not all. It is however an encouraging sign that the IRS is neither deaf nor entirely unreasonable in its seemingly relentless pursuit of expat taxes.