2018 Tax Rates, Standard Deductions, and Exemptions for US Expats 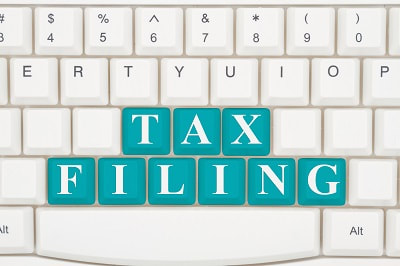 President Trump’s campaign promise of tax reform was eventually signed into law as the Tax Jobs and Cuts Act on December 22nd 2017. Some of the changes the Act contains have been well publicized, such as the so called Apple Tax, and lower tax rates. For many, the changes mean planning ahead and making changes now to ensure that they don’t pay more tax than necessary for tax year 2018.

American expats, of whom there are over 9 million, find themselves in the unfortunate position of having to continue filing US taxes on their worldwide income despite living outside the US. Many expats have additional US filing requirements too, such as account and asset reporting under FBAR and FATCA.

Last week, the IRS finally announced the final tax rates, standard deductions, and exemptions for 2018 following the Tax Reform, so we are now in position to definitively look at what they mean for American expats.

The Personal Exemption has been scrapped entirely, while the Standard Deduction has been raised to compensate.

The new Standard Deduction for Single taxpayers and those Married but Filing Separately is now $12,000, and $24,000 for Married Couples Filing Jointly and Surviving Spouses.

In the final Tax Reform Act, there are still 7 tax brackets, however the vast majority of tax payers will owe less tax. Here are the 2018 rates for single tax payers:

The tables for Married Couples and Head of Households can be found here.

When expats file their US tax return, they are allowed to claim one or more exemptions to reduce the US tax they pay. In most cases this will remove them from US tax liability completely.

The Foreign Tax Credit allows expats to claim a $1 US tax credit for every dollar equivalent of tax that they’ve already paid abroad. This exemption allows American expats who pay tax abroad not to pay US tax on the same income. However, the new lower US tax rates mean that expats who pay tax abroad at a higher rate than the US tax rate will now have extra excess US tax credits, which they can carry forward for future use.

The other major exemption for American expats is the Foreign Earned Income Exclusion. This exemption also remains in place following the Tax Reform, and in 2018 expats will be able to exclude $103,900 of income that they’ve earned while living abroad (up from $102,100 in 2017) from US taxation, whether they pay foreign tax on this income or not.

The final 2018 figure is slightly lower than the provisional figure that was published in December. Expats can claim the Foreign Earned Income Exclusion by filing form 2555 when they file their annual federal tax return.

The ‘Apple Tax’ also affects all expats with a foreign registered business, as they can no longer defer paying US tax on their foreign corporate profits. We recommend that expats with a business registered abroad talk to an expat tax specialist as soon as possible to ensure that they remain as tax efficient as possible going forward.