2018 FATCA News Update for US Expats 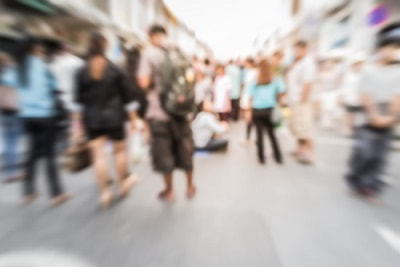 All Americans have to file an annual federal tax return, even if they live abroad. This is because the US taxes based on citizenship, rather than on residence, so if you’re a US citizen (or green card holder), you have to file US taxes reporting your worldwide income regardless of where in the world you live.   To prevent expats being double taxed, the IRS has made available several exemptions including …

… the Foreign Tax Credit and the Foreign Earned Income Exclusion that expats can claim when they file.

Expats who don’t claim them are still considered to owe US taxes though, even if they’re also paying foreign taxes abroad.

In practice the requirement for expats to file US taxes was for many years unenforceable and so often ignored. That was up until the 2010 Foreign Account Tax Compliance Act, more often referred to as FATCA

Obliging foreign banks to report their US account holders has had the unintended consequence that many expats have been refused accounts or other banking or investment services by foreign firms that wish to avoid the .

Because FATCA places an administrative burden on foreign banks, many have refused to provide services to Americans, leaving expats around the world struggling to access normal financial services in their countries of residence, while also, as non-residents, often unable to access them back in the States.

“The 2016 Republican Platform calls for FATCA’s repeal, denouncing the law’s warrantless seizure of personal financial information without reasonable suspicion or probable cause and its threat to the ability of overseas Americans to lead normal lives.” – Lawyer Monthly

Millions of expats were hoping that Trump’s Tax Reform would include repealing FATCA (this was actually in the Republican Party’s 2016 manifesto), however in the end it didn’t happen.

This was partly because the Tax Reform Bill was drafted and made law very quickly, so that anything controversial that might hold up the bill was omitted, and partly because without FATCA the IRS would struggle to enforce overseas tax evasion.

While a second phase of Tax Reform is being planned for 2018, it’s unlikely that FATCA will be repealed, without a system in place to replace it, such as the Common Reporting Standard, an agreement allowing many other countries to exchange tax and bank data. However FATCA is already set up and is arguably more effective, so there’s little incentive for the US to switch.

FATCA took several years to implement, so 2016 was the first full tax year that the IRS received information about expats’ finances from foreign banks.

It started by pursuing high value targets, such as Paul Manafort, however at the same time the IRS has been investing in AI systems to automate the process of checking the data of expats who may not be fulfilling their US reporting requirements. As a result, over the next few years, expats who aren’t up to date with their US tax (and FBAR filing) can expect a letter from the IRS.

For expats in this situation, there is still a way to catch up without facing any penalties, and, if they claim the most beneficial exemptions for their circumstances, most won’t owe any US back taxes either.

The program is called the IRS Streamlined Procedure, and it requires expats to file their last three tax returns, their last six FBARs (if required), and self-certify that their previous failure to file wasn’t willful evasion.

So long as expats catch up before the IRS writes to them, the Streamlined Procedure remains an excellent opportunity to catch up without owing back taxes and fines and to no longer have to worry.