How the Trump Tax Reform Affects US Expats, Entrepreneurs, and Digital Nomads with a Foreign Corporation 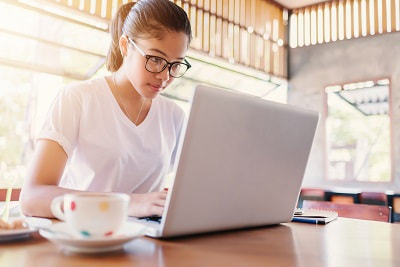 One of the aims of the Trump Tax Reform was to get giant American multinational corporations such as Apple, Google and Microsoft to repatriate their vast cash piles that they’d been keeping offshore. In achieving this though, the reform has also affected many US expat entrepreneurs and Digital Nomads as well. Before looking at the details, first a little bit more background.

US tax rules for expats

The US taxes based on citizenship, meaning that all American citizens (and green card holders) are required to file a US tax return every year reporting their worldwide income, wherever in the world they live.

Thankfully, the IRS has some measures in place such as the Foreign Earned Income Exclusion and the Foreign Tax Credit that expats can claim when filing their federal return to prevent them from paying taxes on the same income twice.

Expats may also be subject to some extra filing requirements under FATCA and FBAR relating to reporting their foreign bank accounts and assets if they pass certain minimum value thresholds.

Many expat entrepreneurs and Digital Nomads have been able to pay less US tax on their earnings by establishing a limited liability company in a low tax country, so joining small business owning expats around the world as American owners of foreign companies.

Up until the new Tax Reform, this enabled them to avoid paying self-employment taxes, as well as allowing them to defer paying tax on their company profits, so long as these profits (known as ‘retained earnings’) were either left or reinvested in the business.

New changes under the Tax Reform

There are two major changes that affect US expats with overseas businesses registered abroad. The first is that the part of the new tax law intended to make Apple and co repatriate their billions of retained earnings left abroad also affects all US expats with foreign registered companies: all retained earnings of majority-American owned foreign corporations must now be repatriated and are subject to a one-off 15.5% repatriation tax.

“On top of paying taxes in their country of residence, U.S. citizens who live overseas must also file U.S. taxes. This system of citizen-based taxation (CBT) is practically unique to the U.S., with only one other nation, Eritrea, sharing the same approach.” – NBC News

The second, going forward, is it is no longer possible to defer profits as retained earnings; they are now immediately taxable as pass-through income. Together these changes will have a profound effect on countless expats who own foreign corporations, including many entrepreneurs and Digital Nomads.

What should expats with overseas businesses do now?

The first point to mention is that expats with foreign registered corporations that earn less than the Foreign Earned Income Exclusions limit (around $100,000), per American owner of the business, will be unaffected by the changes. Owning a foreign corporation that earns less than this amount will still mean paying no US tax, as if the American owners pay themselves all the company earnings after costs as salaries there will be no excess profits to pay US tax on, while the salaries won’t be subject to US tax as the expats can claim the Foreign Earned Income Exclusion (or Foreign Tax Credit, depending on their circumstances) on their personal tax return.

Expats with foreign corporations that earn more though will need to explore other options, including:

– Expats married to a foreign spouse (who isn’t a US taxpayer) may consider bringing in their spouse as a joint owner of the business, as if the business isn’t over 50% owned by an American, it isn’t subject to US taxes.

Some expats who may have settled permanently in another country and have or can become a citizen of another country may benefit in the long term from renouncing their US citizenship. While they will still have to pay the repatriation tax on their retained earnings to date, once they are no longer considered American citizens they won’t be liable to pay US taxes on their profits going forward.

– For many expat entrepreneurs the best course of action may be to establish a US C-Corporation that their existing foreign corporation will become a subsidiary of. This way, the foreign subsidiary can assign its profits to the US C-Corp, which will pay corporate tax at a 50% discount on this type of income, so at a rate of 10.5%. This would be the total tax payable on future profits, following the one-off 15.5% tax on repatriated past retained earnings.

The best strategy will of course depend on each individual expat’s particular circumstances, so we strongly recommend that expats with a foreign business consult an expat tax specialist at their earliest convenience.

Expats who are behind with their US tax filing should bear in mind that due to FATCA most (to date around 300,000) foreign banks and other financial firms are reporting their US accounts owners financial details to the IRS. As such, the IRS is now able to enforce US tax compliance globally.

There is an IRS amnesty program called the IRS Streamlined Procedure however that allows expats to catch up with their US tax filing without facing any penalties.