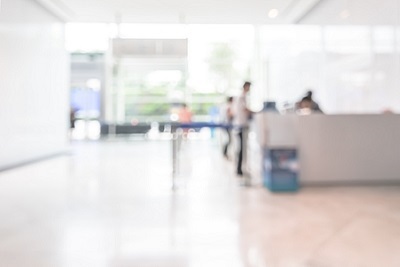 Charles Schwab, the US brokerage firm, has written to its European based clients, including many US expats, to tell them that it’s shutting down its UK operations.

According to American Expat Finance, Charles Schwab clients in the UK and the rest of Europe are being informed that they have until the end of the year to transfer their holdings to another brokerage firm.

The nearly 50 year old US investment firm cites a “change [in] its business model, mostly due to the UK’s decision to leave the EU” as it’s motivation for closing its UK office; there may be other factors involved, however.

While it is thought that after Brexit, UK-based financial firms won’t have the same rights to trade in other EU countries’ markets, the original rationale for Charles Schwab’s UK business was to offer US expats as well as British and other European investors the ability to invest in US assets. There may in fact be less regulatory barriers to this following Brexit though.

Political volatility in the UK may be another factor, with the UK parliament gridlocked as no party has had a majority for the last few years.

Then there is the administrative reporting burden that the US 2010 FATCA law places on foreign-based financial firms that provide services to Americans who live abroad.

“Charles Schwab has been contacting clients in Europe to inform them that they must “transfer your assets to another financial services firm as soon as possible” or close or sell their positions.” – American Expat Finance

All American expats have to file US taxes, reporting their worldwide income, and furthermore report their foreign bank and investment accounts by filing an FBAR (Foreign Bank Account Report). FATCA also requires American expats with over $200,000 of foreign registered financial assets to report them every year on IRS Form 8938.

Charles Schwab’s US expat clients living in the UK and mainland Europe have two options: they can either transfer their holdings to another firm, or to Charles Schwab’s US parent company, which is equipped with an international client team. Clients who don’t do either though will have their accounts automatically closed at the end of 2019.

It’s actually not the first time that Charles Schwab has closed its UK operations, which used to be more extensive in fact, with several Charles Schwab UK offices operating before 2003.

Charles Schwab closed its Singapore office recently too, in another sign of scaling back its international operations in general.

In other news for American expats, a new debit card with no international ATM withdrawal fees as an alternative to the Charles Schwab card has been launched by financial services start up SoFi. Neither the card nor the account have any fees.

US expats who need to catch up with their US filing

US expats who haven’t been filing US taxes because they weren’t aware that they have to can catch up under an IRS amnesty program called the Streamlined Procedure.

Under the program, expats must file their last three US tax returns and their last up to six FBARs (for applicable years), and self-certify that their previous non-compliance was non-willful.

When expats file, they can claim several exemptions and credits that mean most won’t up owing any US taxes – so long as they file and claim them.