Superannuation for Americans in Australia – A US Tax Guide for Expats 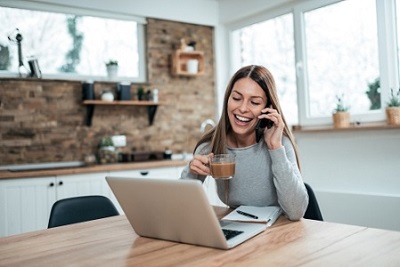 All Americans, including expats, are required to file US taxes, reporting their worldwide income. Expats may also have to report their foreign business interests, assets, and bank and investment accounts, including most foreign pension accounts.

To avoid double taxation, rather than relying on the international tax treaties the US has signed, expats must claim one or more exemptions that the IRS has made available for this purpose when they file their US tax return.

The most commonly utilized exemptions are the Foreign Tax Credit, which allows expats to claim US tax credits to the value of foreign taxes that they’ve paid, and Foreign Earned Income Exclusion, which allows expats to simply exclude the first around US$100,000 of their earned income from US taxation. To claim the Foreign Earned Income Exclusion, expats must first prove that they live abroad in one of two IRS prescribed ways though.

Americans living in Australia won’t have to pay both Australian and US social security taxes though, thanks to a treaty called a Totalization Agreement that the two countries have signed.

Everyone over the age of 18 who is working in Australia, including Americans, is required to contribute to a superannuation fund to save for retirement. Employers also contribute to the fund, and sometimes the government too.

Superannuation fund employee contributions aren’t taxable in Australia, and neither are distributions made in retirement.

How should expats report superannuation on their US tax return?

“Fearful that an aging population would strain Australia’s Age Pension system, the government and unions got together to create The Super.” – Forbes

The IRS hasn’t published clear guidance regarding US tax treatment of Australian Superannuation Funds, however it is generally acknowledged that that both contributions and distributions are considered taxable by the US (and including employer contributions). These should all be reported on Form 1040.

Most ASFs are considered to be Foreign Grantor Trusts for US reporting purposes, and so should be reported on Form 3520 and Form 3520A each year. For some expats, earnings within the trust will also be considered reportable income.

Some ASFs (typically those in which the expat has less control over in terms of which ASF they invest in, or how their contributions are invested) are considered to be Employee Benefits Trusts however. Ownership of Employee Benefits Trusts contribute towards Form 8938 reporting, so if an American has a total of over $200,000 in foreign banks and investments during a tax year including the savings in their ASF, they may have to report them on Form 8938.

Expats should consult an expat tax specialist though to ensure that their particular ASF doesn’t qualify for FBAR reporting, as the guidance regarding reporting foreign pension plans is complex and doesn’t specifically cover Supers.

How American expats report Australian Superannuation Funds on their US tax return isn’t straightforward, and we recommend that expats with any questions get in touch with an expat tax specialist for some advice.

Expats who need to catch up with their US tax filing can do so without facing penalties under an IRS amnesty program called the Streamlined Procedure, so long as they do so before the IRS contacts them.