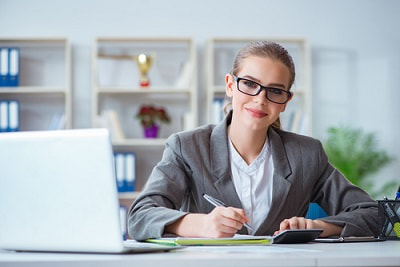 Americans living abroad are subject to the same tax filing requirements as Americans living stateside. The requirement for expats to file an annual federal return declaring their worldwide income dates back to the Civil War, however it’s only since 2010 when the Foreign Account tax Compliance Act (FATCA) was passed that the IRS has been able to enforce the requirement.

Expats may also have to continue filing state taxes, depending on the rules in the state where they last lived, and they may also have to report their foreign bank and investment accounts if they have $10,000 in total in foreign accounts at any time during the tax year by filing a Foreign Bank Account Report, or FBAR.

The good news is that when expats file their federal return they can claim one or more exclusions that, for most people, mean they won’t end up paying any US tax. The primary exclusions for expats are the Foreign Tax Credit, which allows expats to claim a $1 tax credit for every dollar equivalent of tax that they’ve paid abroad, and the Foreign Earned Income Exclusion, which allows expats who can prove that they live abroad to simply exclude the first around $100,000 of their earned income from US taxation.

As expats are required to file US taxes, we often get asked whether expats can also receive IRS tax refunds, too.

The short answer is yes, as there is no differentiation in the US tax system between tax payers who live in the states and those who live abroad. However, in practice there are typically only two scenarios in which expats become eligible for tax refunds: through refundable tax credits, or when taxes have been previously withheld at a higher rate than that due.

A refundable tax credit is a tax credit that can be paid in cash rather than just credited against taxes due. (Seeing as most expats don’t end up owing any US taxes, non-refundable credits are normally less useful to them, depending on the individual expat’s circumstances of course).

The most common refundable tax credit that expats claim is the Additional Child Tax Credit, which offers expats who claim the Foreign Tax Credit rather than the Foreign Earned Income Exclusion and have children a $1000 refundable credit per child.

Other refundable tax credits include the Earned Income Credit, for low income families who moved abroad (or back to the US) mid year, the Adoption Credit for expats who have adopted a child, and the American Opportunity Credit, for expats enrolled in higher education abroad.

When tax has been withheld

Some expats find that they have overpaid taxes the previous year, and are therefore due for a refund.

This most often occurs if expats have received passive income in the US but haven’t provided the IRS with their Taxpayer Identification Number, so tax has been withheld at the source.

This normally relates to income from investments, dividends, rents and other forms of passive income which are then taxed at a standard 24%. If this rate is higher than the rate the tax payer ought to be paying on the income, a refund will be due.

The best and simplest way that expats can minimize the amount of US tax they pay is to ensure that they are complying with their filing requirements, and filing in a way that is most beneficial to them.

Many expats are behind with their US tax filing however, which is potentially the most costly scenario, as if the IRS writes to them before they become compliant they won’t be able to back-claim the exclusions that are available for expats, and so will face a bill for US back taxes, interest, and penalties. Expats can catch up though before the IRS writes to them, either by simply back filing if they have just one or two returns due, or if they are three or more years behind by using the Streamlined Procedure IRS amnesty program.