Form W-8BEN – What US Expats Need to Know 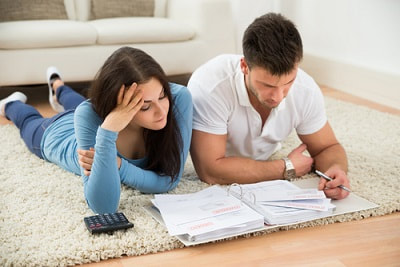 Americans who move abroad are required to continue filing US taxes, reporting their worldwide income, wherever in the world they may live.

The US is almost unique in having this requirement for expats to file. As expats may also have to pay taxes in the country where they live, the IRS has provided some exemptions, notably the Foreign Tax Credit and the Foreign Earned Income Exclusion, that expats can claim when they file to offset their US tax liability.

Expats who don’t file and claim these exemptions though are considered to still owe US taxes, regardless of whether the US has a tax treaty with the country where they live, or whether or not they’ve already paid foreign income taxes.

Expats may also have further reporting requirements, such as reporting their foreign bank and investment accounts by filing an annual Foreign Bank Account Report (FBAR). Due to a law called the Foreign Account Tax Compliance Act (FATCA), since 2016 almost all foreign banks and other financial firms have been reporting their American account holders directly to the IRS, including contact and balance details. This means that the IRS knows which expats should be filing FBARs.

Form W-8BEN should be filled in by non-US persons who live outside the US and who receive income from the US to avoid paying an automatic 30% withholding tax on this US income. This is normally because they should be paying less than 30%, or no US tax at all.

Non-US persons include anyone who isn’t an American citizen or green card holder who lives abroad, but also, more pertinently for many American expats, any foreign registered corporation that receives income from inside the States.

“Foreign persons are generally subject to U.S. withholding tax at a 30% rate on the gross amount of certain income they receive from U.S. sources.” – the IRS

Information required on form W-8BEN includes taxpayer details for the person or firm completing the form, and also the ability to claim a provision on a tax treaty if one exists that prevents non-Americans from paying US income taxes.

The US has tax treaties with around 100 other countries. The provisions in these treaties for the most part help prevent foreigners from paying US taxes, rather than Americans paying foreign taxes (to achieve this Americans must claim one or more of the available IRS exemptions when they file, as mentioned above).

American citizens and green card holders living abroad who receive income from the States on the other hand should fill out form W-9.

Form W-9 is most often sent to expats by a foreign bank or other financial firm that needs to know their US Social Security Number (SSN) or Individual Taxpayer Identification Number (ITIN) to provide expats’ account information to the IRS under FATCA.

While the requirement to file US taxes from abroad seems onerous, in fact, once expats file in the way most beneficial for them (including claiming one of more of the available exemptions), the majority not only end up owing the IRS nothing, but many (e.g US expat parents) receive cash refunds too. The key is getting specialist advice to ensure that you file in the most beneficial way given your individual circumstances.

Expats who are behind with their US tax and FBAR filing can also catch up without facing any penalties and while still claiming the most beneficial exemptions for them under an IRS amnesty program called the Streamlined Procedure.