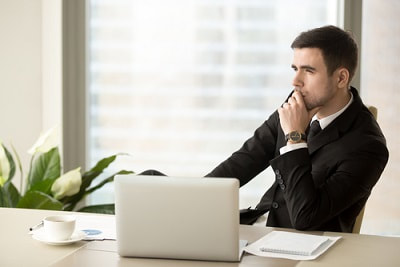 Over the last few years, millions of US expats have been asked by their foreign banks and investment firms to fill out IRS form W-9. Receiving form W-9 often causes surprise or alarm. While there’s no need to panic, there are a number of things that expats should know if they receive form W-9, to ensure that they don’t create any problems further down the line.

Why have I been sent form W-9?

FATCA was intended to help prevent tax avoidance, however it has also caused issues for millions of ordinary, law abiding Americans who live abroad.

FATCA compels Americans with foreign assets worth over $200,000 per person (for expats) to report them each year. It also compels foreign banks and other financial firms to report their American account holders to the IRS. Those firms that don’t face a large tax when they trade in US markets, so that nearly every foreign financial institution now complies.

Should I fill in and return form W-9?

Expats may receive form W-9 from a foreign bank or other financial firm that they already have an account with, or when applying for a new account.

They have little choice other than to fill in and return the form, providing their US ITIN or social security number, as otherwise the bank may no longer be able to provide services or an account for them.

“A form W-9 is used to provide your taxpayer identification number such as your Social Security Number (SSN) or your Employer Identification Number (EIN).” – Forbes

The form may relate to personal accounts, or accounts that the US person has signatory authority or another form of control over, such as business or trust accounts.

Then, assuming that the expat is up to date with their US tax filing, including from abroad, that is the end of the matter as far as the bank is concerned.

Many expats though aren’t aware that all Americans have to file US taxes, even if they live abroad, in which case once their foreign bank or other financial firm provides their account details to the IRS, the IRS may decide to write to them asking why they havn’t been filing.

US expats also have further filing requirements, such as FBAR (Foreign Bank Account Report) filing, for Americans who have a total of over $10,000 in one or more foreign bank or investment accounts, including all accounts that they have signatory authority or any form of control over.

Thankfully, there’s an IRS amnesty program called the Streamlined Procedure that allows expats who are behind with their US tax filing to catch up. They simply have to file their last 3 returns and last 6 FBARs as is applicable, and self-certify that their previous failure to file wasn’t willful avoidance.

The Streamlined Procedure also lets expats claim the Foreign Earned Income Exclusion and Foreign Tax Credit, depending on which is more beneficial for their circumstances, which mean most expats won’t owe any US tax, although they still have to file.