The Foreign Earned Income Exclusion – What Income can Expats Exclude? 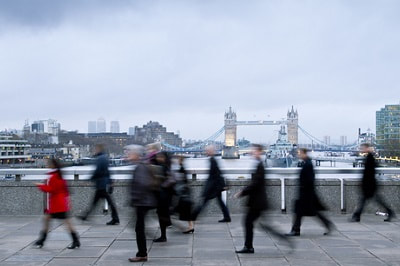 American expats are, unfortunately, still required to file US taxes from abroad. Thankfully though, there are several exclusions that reduce or in most cases eliminate their US tax liability. The foremost among these is the Foreign Earned Income Exclusion. Not owing US taxes doesn’t exempt expats from having to file a US tax return though, as the exclusions that reduce or eliminate US tax liability for expats must be claimed each year when expats file their federal return.

Expats can use the Foreign Earned Income Exclusion to exclude up to around $100,000 of their foreign income from US tax liability, but to claim it they have to first prove that they live abroad in one of two ways.

The first is the Bona Fide Residence Test, which requires expats to prove that they are a permanent resident in another country. The onus on how to do this is on the expat, but it may include having a residency visa, or a property rental contract and utility bills for example.

The second way expats can prove that they live abroad is the Physical Presence Test, which requires expats to demonstrate that they spent at least 330 days outside the US during the tax year (or in a 365 day period that coincides with the tax year if they moved abroad mid year). This is useful for expats who travel between countries regularly, such as Digital Nomads.

How can expats claim the Foreign Earned Income Exclusion?

Expats who can prove they live abroad using either the Bona Fide Residence Test or the Physical Presence Test can claim the Foreign Earned Income Exclusion by filing form 2555 along with their annual US tax return.

What income can US expats exclude?

“Expats may be able to exclude all or part of their foreign-source wages and self-employment income from U.S. federal income tax, but numerous rules apply.”
– the Balance

Qualifying types of income include salaries, wages, commissions, bonuses, professional fees, tips, and the value of any employer-provided allowances or reimbursements such as for lodging, meals, relocation, education or travel.

It doesn’t matter whether the income is from employment or self-employment, or whether the it was paid in or outside the US, so long as the expat was abroad when they earned it.

Types of income that can’t be excluded on the other hand include dividends, interest, capital gains, gambling winnings, alimony, pensions, social security benefits, and annuities.

Expats who receive significant income from these sources and pay tax on them abroad may be better off claiming the Foreign Tax Credit than the Foreign Earned Income Exclusion, which allows them to claim US tax credits against income tax paid abroad.

Neither can expats exclude any income from work they did in the US, so if they worked 14 days of the year in the US and the rest outside, they would have to deduct their income for the 14 days when they worked in the US from their amount they exclude.

Royalties and rents can sometimes be considered earned income, and sometimes unearned.

What if I didn’t know that I had to file a US tax return from abroad?

Expats who didn’t know that they had to file US tax returns from abroad can catch up with their tax filing and foreign account reporting using the Streamlined Procedure amnesty program without facing any penalties. To do so, they must file their last 3 tax returns (and last 6 FBARs, if applicable) and self-certify that their previous failure to file was non-willful.