Back Taxes Help for US Expats: OVDP and Streamlined Procedure – What’s the Difference? 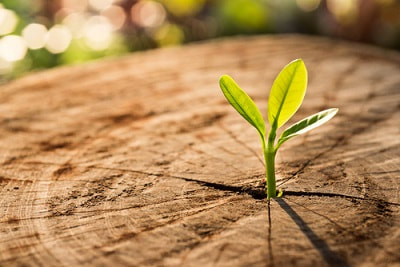 US expats have been the unintentional victims of an IRS drive targeting offshore tax avoidance for several years now, however the penalties for non-disclosure of foreign income and assets remain harsh, and the IRS is showing no signs of easing off.

There are thought to be millions of Americans living abroad who are behind with their tax returns. Many of them aren’t even aware of their obligation for them to file.

The IRS is happy to slowly find them and impose fines though, as this brings in even more revenue on top of any taxes they may owe. As such, it’s in the interest of all American expats to file first and avoid IRS penalties, and the sooner the better.

The good news for those who haven’t filed in years is that there are two IRS programs to help US expats catch up with their back taxes and become compliant. These are the IRS Streamlined Procedure and the Offshore Voluntary Disclosure Program (OVDP). From our perspective, one is much more desirable than the other –

By far the majority of Americans living abroad who aren’t compliant aren’t fully aware of their obligations to file US tax returns. They may have heard of FBAR, or FATCA, but they don’t know what exactly these are and whom they apply to. The Streamlined Procedure was introduced in 2014 to allow these people to become compliant without incurring any penalties or interest nor any undue scrutiny from the IRS. The Streamlined Procedure requires you to file the last three years of tax returns and the last six years of FBARs, and pay any back taxes due (often this amounts to zero). You also have to self-certify that your previous non-compliance wasn’t wilful. You then face no penalties or interest on your back taxes.

Following the financial crisis of 2008 and subsequent government bailouts, the IRS decided to crack down on Americans’ assets and income abroad to raise funds. Foreign earned income had always been taxable, but it hadn’t been aggressively pursued. As such, there was a group of Americans living abroad who were aware of the rules but hadn’t been declaring their foreign income, as there didn’t seem to be any consequences for not doing so.

To allow this group to become compliant, in 2009 the IRS introduced OVDP.

If you’re accepted in the program, you have to file the last eight years of tax returns and FBARs (Foreign Bank Account Reports, declaring any foreign bank accounts containing a total of more than $10,000 at any time during the tax year). You pay taxes, interest and a 20% penalty on whatever you owe. For most people, there’s also a 27.5% penalty on your highest offshore account balance.

Which one to choose?

Seven years, three changes and over $7 billion raised in back taxes, interest, and penalties later, the OVDP remains a viable option for Americans earning income overseas who have been putting off filing and paying US taxes to avoid prosecution.

The Streamlined Procedure is a very good option for the millions of normal folks who weren’t aware of their filing requirements. Some are dual citizens, some have lived abroad for decades, and some have simply been living in blissful ignorance! It nonetheless remains a clear and straightforward path forward for US expats to catch up with their back taxes and become compliant without incurring penalties. We almost exclusively recommend this approach to our clients. The OVDP on the other hand is specifically for people who had been aware of their obligation to file but who have been delaying or avoiding filing and paying tax on their foreign earned income, perhaps hoping that the IRS won’t find them. This approach, we suggest, is misguided however, as the IRS is finding more and more Americans earning abroad each year thanks to information provided to them by foreign banks.