US Citizen Abroad Never Filed Taxes? Here’s What You Need to Know 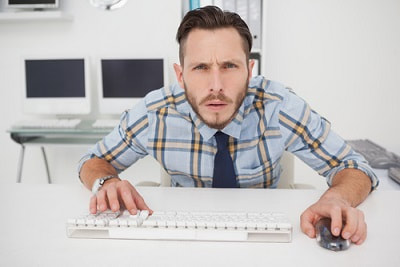 The truth is that many of those US citizens abroad who aren’t filing have never filed US taxes from abroad because they aren’t aware that they are required to. The US is the only developed nation that requires expats to file after all, so it is an anomaly, rather than obvious. Ignorance of the requirement isn’t an excuse that will let expats who aren’t filing avoid fines, if or when the IRS asks, however.

Since FATCA (the 2010 Foreign Account Tax Compliance Act), almost all foreign banks and other financial firms are providing the IRS with information about their US account holders directly. Most foreign governments have signed information sharing agreements with the US too, so the IRS now has access to information that lets it know which expats should in fact be filing US taxes.

So we strongly recommend that, in order to avoid fines, US citizens living abroad who have never filed US taxes take steps to become compliant as soon as possible.

How can US citizens living abroad who have never filed US taxes become compliant?

US citizens living abroad who have just missed one or two years of US federal tax filing can catch up by simply back filing their missing returns.

“For eligible U.S. taxpayers residing outside the United States, all penalties will be waived under the Streamlined Procedure.” – Forbes

Expats should also be aware that they are required to report their foreign bank and investment accounts and assets if their total value meets certain thresholds.

So expats with a minimum of $10,000 in foreign bank and investment accounts at any time during the year, including any accounts they may have signatory authority or control over, are required to file FinCEN form 114 to report them, otherwise known as a Foreign Bank Account Report, or FBAR.

Expats with a total of over $200,000 of financial assets at any time during a tax year are also required to report them by filing form 8938 along with their federal US tax return.

US citizens living abroad who are three or more years behind with their US tax filing can catch up under an IRS amnesty program called the Streamlined Procedure.

The Streamlined Procedure requires expats to file their last three US tax returns, their last six FBARs (as required), and self-certify that their previous failure to file wasn’t willful avoidance.

Expats who catch up before the IRS contacts them can claim one or more exemptions that the IRS has made available to help them avoid double taxation, such as the Foreign Tax Credit and the Foreign Earned Income Exclusion. Expats who wait until the IRS contacts them on the other hand aren’t normally able to claim these provisions, resulting in a US back taxes bill, even if they’ve already paid foreign taxes on their income.

Many dual citizens, in particular those Accidental Americans who have the right to American citizenship by virtue of having an American parent or grandparent (even if they’ve never lived in the US or had a US passport), or because they were born in the US when their parents were there temporarily, are also required to file US taxes. Their situation may be more or less complex depending on the details, but we would recommend that US citizens living abroad who have never filed US taxes consult a US expat specialist tax services firm as soon as possible.