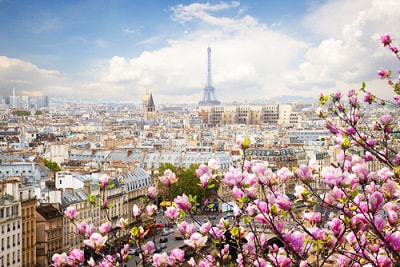 Paris is a premier destination for US expats in Europe, thanks to its world-class architecture, history, culture and cuisine.The US and France have long historical ties too, as the Statue of Liberty bears witness to.US expats living in Paris find themselves having to file both US taxes as a US citizen, and French taxes as a French resident though.

Thankfully, the tax filing doesn’t need to be as complicated as many American expats living in Paris at first think it will be. In fact, most end up not owing the IRS anything (even though they still have to file).

The French tax year is the same as the US, from Jan 1st to December 31st. Americans living in Paris whose only income is from employment in France don’t have to file a French tax return at all, as income tax will be deducted at source (although they may still wish to file, as they may be able to claim deductions or credits that could lead to a refund). For those who do have to file them, French income tax returns are normally due by mid May (the exact date is announced early each year). Married couples must file French taxes jointly.

Foreigners are considered residents for tax purposes in France if they have their permanent home in France, spend over 183 days in a year in France, if their professional activities are primarily based in France, or if France is the centre of their economic interests .

French tax returns are filed to the French equivalent of the IRS, the Direction Générale des Finances Publiques.

French federal income tax rates range from 0% to 45%, however higher earners may have to pay a 3% or 4% surcharge on some of their income, taking the real top rate to 49%. There is also a provincial income tax that varies from province to province.

The first good news is that expats have until June 15th to file their IRS tax return, with a further extension available on request until October 15th. Any tax owed is still due by April 15th though.

“As David McCullough states in his excellent work, ‘The Greater Journey: Americans in Paris’, not all pioneers went west. Some voyaged to Europe in search of, and returned home with, intellectual capital.” – Forbes

If expats living and working in Paris pay more in French income tax than the US tax they owe, it’s normally more beneficial for them to claim the Foreign Tax Credit.

The Foreign Tax Credit offers US expats a $1 tax credit for every dollar equivalent of tax that they’ve paid abroad. For expats in Paris paying more French tax than they owe to the IRS, this means that they can claim more US tax credits than the US tax that they owe, voiding their US tax liability while giving them excess tax credits that they can carry forward and which they may use in the future. Expats can claim the Foreign Tax Credit by filing form 1116.

For US expats earning under around $100,000 and paying less French tax than the US tax due, the Foreign Earned Income Exclusion could be a better option though.

Further US filing requirements for expats in Paris

As well as filing a federal tax return, US expats in Paris who have over $10,000 in total in foreign bank or investment accounts at any time during the tax year are required to file an FBAR (Foreign Bank Account Report). This means filing FinCEN form 114 online before October 15th.

Expats living in Paris with non-tangible foreign assets (so not including property, or cars etc) worth over $200,000 at any time during the tax year also have to report them by filing form 8938 with their federal return.

Expats who have been living in Paris for a while but who didn’t know that they had to file US taxes can catch up with their US ta filing under an IRS amnesty program that means they won’t face any penalties.

The Streamlined Procedure is a great opportunity for expats living in Paris who are behind with their US tax filing to become compliant before the IRS comes to them.