What are the Best Destination Countries for US Expats and Digital Nomads Who Want to Minimize Tax? 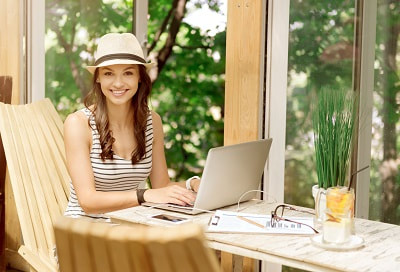 Americans move abroad for lots of different reasons, perhaps on a job posting, for a better quality of life, or to explore other cultures. Paying less tax is another factor that often influences their choice of destination.

Americans still have to file US taxes on their worldwide income wherever in the world they live, and they may also find themselves paying tax in the country that they move to.

While there are several IRS exemptions available to reduce (and in many cases eliminate) US tax liability for expats, they still have to file a US tax return. Is it possible though to pay no tax at all to anyone?

While most countries have tax systems broadly similar to the US, some countries either have no income taxes, or only tax on income sourced within that country, so that if your income originates abroad you still won’t pay any tax.

In compiling a list of top low tax destinations for US expats and Digital Nomads, we also took into account infrastructure, as there’s no point paying no tax if the transport system doesn’t work or there’s no reliable Wi-Fi. We’ve also focused on countries where it’s relatively easy for expats to get a residency visa, as well as providing special mentions for low tax destinations that require a large investment (often in real estate or government bonds) in order to obtain residency.

While some Digital Nomads are happy roaming from country to country indefinitely, never staying long enough to pay tax (and claiming the Foreign Earned Income Exclusion to reduce their US tax liability), many like to have a base, and the countries in our list would all make an ideal base for Digital Nomads, depending on what sort of culture and environment each person prefers.

So without further ado, here is our list of low or no tax countries where it’s relatively easy to obtain residence:

Bahamas – A zero tax country where a temporary residency visa is available for $1000 a year. The cost of living is relatively high, but then again so is the quality of life.

Costa Rica – Costa Rica offers residence visas to anyone who can prove that they earn $2,500 of monthly income, while income taxes are only due on income generated in the country.

Nicaragua – Nicaragua only requires an income of $750 a month to grant residence, however you then have to spend at least 6 months each year in the country to retain your residency rights.

Special mentions: Other countries in the Americas such as the Cayman Islands and Panama don’t tax foreigners on foreign source income, however they require a higher level of investment in the country in order to obtain residence.

All of the no and low tax countries in Europe require a significant investment in the country before granting residency. Bulgaria, which has a relatively low flat rate income tax of just 10%, requires an investment of over $500,000 in state bonds, unless you happen to have a European passport, in which case it’s free. Monaco meanwhile requires a similar sized bank deposit plus a further $500,000 investment in real estate, while Andorra requires around a $350,000 investment, so these countries are only worth considering if you’re both in a position to make this investment and want to settle there in the long term. If so though, the advantage once you have residency is the right to live and work almost anywhere in Europe.

Mauritius – Foreigners who are employed and earning over $1,000 a month, or who have income over $100,000 a year, can obtain a 3 year Occupation Permit.

To get permanent residence in Mauritius though, you have to invest $500,000 in real estate.

Dubai – Dubai is a famously fun tiny tax-free kingdom in the Middle East, and while it’s easier to get a residency visa if you’re employed by a firm with an office in the country, it’s still just about possible if you’re self-employed. It’s not straightforward though: you’ll have to enlist local help to set up either a firm or as a freelancer in a Free Zone (government designated areas where foreigners can own 100% of a business). This will take time, and it will cost you, but if you want to live in Dubai for at least a few years it’s an option worth considering.

Please note that we’ve only included countries that won’t tax you on income generated abroad in this list, except for Bulgaria, which has a low flat rate income tax, and is an interesting option for Americans who may happen to have a European passport.

If you do settle in one of these countries, while you must still file a US tax return (and you may have to file a local tax return too), if you claim the Foreign Earned Income Exclusion you can exclude up to around $100,000 of your income from US tax. If you earn over this sum, there may be other exclusions such as the Foreign Housing Exclusion that you can also claim. If you are self-employed, you will probably still have to pay US social security taxes though.

Finally, if you have been living abroad but you weren’t aware that you had to file US taxes, there’s an IRS amnesty program called the Steamlined Procedure that allows you to catch up without facing any penalties.